Café Marmalade has announced that it will donate eight percent of net sales (including employees’ tips) to the Community In-Roads Alliance, a group dedicated to supporting gay and transgender-friendly businesses and raising awareness of issues facing gay, lesbian, bisexual, transgender and queer Utahns.

This “8 on the 8th day” is one of the alliance’s many fundraisers. In past months, the alliance has held a number of events to benefit ACLU Utah, the Utah Pride Center and gay rights group Equality Utah, including Community FUNraiser and a fundraiser at Brewvies called Cans N’ Reels  movie night. Eight on the 8th is one of its more recent events, and one that has been quite popular since its inception in March.

Paulus said that her business partner Bob Evans came up with the idea for the day when the two were brainstorming about what the Café could do to raise money for local gay-positive organizations. When Evans proposed the name, Paulus said she didn’t understand why he chose eight percent or the eighth of the month until Evans said, “Get it? Prop 8?”

“It went right over my head,” she said, laughing.

Café Marmalade’s first 8 on the 8th was held on a Sunday, and raised a good deal of money. But Paulus said the Café is hoping to do even better this month.

“I think now we’re getting more publicity, we should be able to donate a pretty huge chunk [of money],” she said.

To help raise this pretty huge chunk, Paulus said the Café will be open for two more hours on April 8 — from 6:00 a.m. to 10:00 p.m. instead of the Café’s usual 7:00 a.m. to 9:00 p.m. hours. She added, of course, that raising the funds would not be possible without her staff’s generosity to contribute eight percent of their tips.

“They were all about it one hundred percent,” she said.

Paulus said she is not sure how long Café Marmalade will continue to hold 8 on the 8th, but right now the effort seems to be “going pretty strong.”

The alliance, she added, will most likely donate proceeds from this month’s 8 on the 8th to the ACLU of Utah.

Paulus also noted that the Community In-Roads Alliance is looking for more gay and transgender-friendly businesses to join in their efforts, particularly with several fundraisers in the works for 2009, including a speakers bureau in conjunction with the Utah Pride Center and a transgender-awareness Cans ‘N’ Reels night.

Café Marmalade is located in the ground floor of the Utah Pride Center at 361 N 300 W. For more information about joining the Community In-Roads Alliance, call (801) 746-2884 or email communityinroadsalliance@gmail.com. 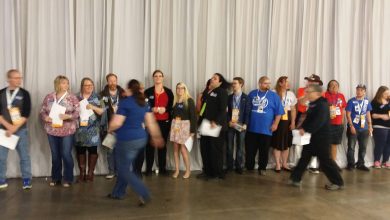