Born in Jones served as a student intern in the office of San Francisco Supervisor Harvey Milk. After Milk’s assassination in 1978, Jones left his political science program at San Francisco State University and served as a legislative consultant for California State Assembly speakers Leo T. McCarthy and Willie L. Brown, Jr. In 1982, he also worked in the district office for State Assemblyman Art Agnos.

In 1983, Jones co-founded the San Francisco AIDS Foundation. Two years later, he conceived of the idea of a quilt commemorating the lives of people who had died from AIDS. In 1987 he contributed the first square to the NAMES Project AIDS Memorial Quilt in honor of his best friend Marvin Feldman.

Today, the AIDS Memorial Quilt is the largest community arts project in the world with 80,000 squares commemorating U.S. residents who have died from the disease. The NAMES project also has quilts in 50 other nations including South Africa, Canada, France, the Netherlands, Spain, Brazil, Mexico, Cuba, Taiwan, Australia and Russia. A resident of Palm Springs, Calif., Jones is also the author of Stitching the Revolution: The Making of an Activist, a book about the AIDS Quilt’s history and his life as an activist. He also lectures frequently on the AIDS Quilt as well as the disease’s history, workplace diversity, the gay rights revolution and his experiences working with Harvey Milk.

Paula Poundstone is an Emmy Award-winning comic who began her standup career in 1979 in Boston. In the 1990s she appeared on several HBO comedy schedules and on Saturday Night Live when her friend and mentor Robin Williams served as host. She was the first woman to win the Cable ACE Award for best standup comedy special for her 1990 HBO special Cats, Cops, and Stuff. Her second HBO special, Paula Poundstone Goes to Harvard, aired in 1996. In 2008, her third special, Paula Poundstone: Look What the Cat Dragged In debuted on BRAVO.

Poundstone is a regular panelist on NPR’s weekly news quiz program “Wait Wait … Don’t Tell Me” and a frequent guest on Garrison Kellor’s A Prairie Home Companion. She is also the author of a memoir There’s Nothing In This Book That I Meant To Say as well as three math books for children which she co-authored with her high school math teacher, Faye Ruopp. Friends of Libraries U.S.A., a citizen-sponsored public library support group, named her its national spokesperson in 2007.

The Boston Globe has said of her stand up comedy: “You know Poundstone’s a great comic the way you know any fine performer when you see one—there’s a disarming ease in her craft, an immediate sense that she’s so quick on her feet you need never worry about the possibility of something going wrong.”
Doug Jennings, Media and Special Events Coordinator at the Utah Pride Center, said that the festival is thrilled to have Jones as Grand Marshal and Poundstone as its headline entertainer for Saturday night.
“It’s super exciting to have so much momentum with Cleve, and then to top it off with Paula, who has fans not only in the gay community but the straight community as well,” he said.

Jennings also predicted that this year’s Utah Pride Festival will draw attendees from around the state and the nation.

“With so much attention on Utah with Proposition 8, we expect to have a lot of folks come to Utah Pride and celebrate with us in our diversity,” he said. “I don’t think people really give Utah much of a chance when they think of the LGBT population, but this is a chance to show we are a very diverse population here.”

Jennings said that the festival is still in the process of confirming other performers.

This year’s Utah Pride Festival will be held June 5 – 7. Vendors and parade participants may sign up for early bird prices until April 15. To submit a vendor or parade application, or to become a sponsor or volunteer, visit utahpride.org. 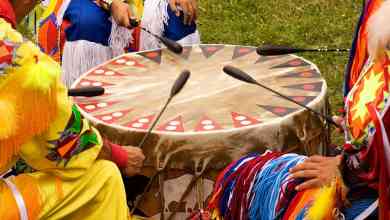