When Club Jam opened its doors on his turf last year, Mann found a way to support local musicians while getting his name out as a realtor. As he saw it, the gay-friendly club was the perfect venue for unplugged artists.

“Jam is more of a lounge venue than a bar,” he explained. “It’s got a really nice atmosphere.”

In February, Mann and Jam’s owners began LIVE@JAM, a weekly acoustic night featuring a variety of talented local musicians such as John Allred, Caroline bybee and Jen Stensrud. Starting at 9:30 p.m. each Thursday, the solo musician plays an hour-long set for guests seated on Jam’s comfortable couches and chairs. They are also allowed to sell their CDs.

“[It] gives musicians another avenue to get their stuff out there,” said Mann.

While the acoustic musicians cover a number of styles, they have a few things in common. So far, said Mann, all have been guitarists (though one keyboardist is scheduled to play later this year). Also, all have been straight so far—though gay, lesbian, bisexual and transgender musicians are more than welcome at the all-inclusive club.

To further help LIVE@JAM’s musicians, Mann said he is also starting a company to promote and manage the artists he has met. Many of them, he said, hold down day jobs and thus have little time to promote their work.

“I’m kind of discovering them,” he said. “Everyone’s been really good, but a couple of them have been musicians that need to be famous and will be.”

Forthcoming LIVE@JAM performers include Michael Gross and Isaac Haydn. The club is located at 751 N 300 W.

For more information about LIVE@JAM or to inquire about auditioning, contact luke@urbanutah.com. 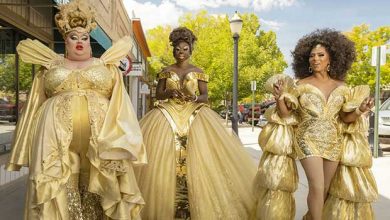