As if it needed to, a text to Lady Gaga told her she had arrived. As far as her dance-grooves go, she’s cha-chinged two hit singles — the gay-loved club jams “Just Dance” and “Poker Face,” both Top 10 songs. But this message wasn’t talking about her tunes. This was about Lady Gaga: Trendsetter.

She was overseas, where she had been for a couple of months before gabbing with us last week, when the text popped up on her cell. It was from her friend (and once-collaborative partner), New York City hard-rock DJ Lady Starlight, who spotted somebody on the subway wearing a black hoodie, tights and square sunglasses. Sound familiar?

“I was laughing,” giggles Gaga, from her Los Angeles apartment, regarding the imitator mimicking her outrageous everything-goes style. And that’s not the first (we’re talking to you, Christina Aguilera). “I’m not making videos and fashion statements just for myself. It’s leading my internal desire — or external, rather — to change things. So I’m quite pleased.”

That fuzzy feeling extends to her seemingly infinite won-over gays, who can’t seem to go gaga enough over the 22-year-old vixen. Just so you know, it’s mutual. “I adore the gay community so much,” she says. “My commitment is to continue to play gay clubs no matter how big and successful the project gets. I think sometimes artists, as they begin to fill bigger and bigger venues, they forget where they came from. I’ll never do that.”

She grew up in New York, where she was raised as a good Italian who’d sing along on her mini-plastic tape recorder to Michael Jackson and Cyndi Lauper. She learned piano by ear at 4. At 13 she wrote her first piano ballad. A year later came open mic nights. Gays just wanted to squeeze her, and while enrolled in acting and dance classes, she buddied up with many of them: “I was always surrounded by gay men and women.”

Then, at 20, she was signed to Interscope Records, writing songs — she recently compared doing so to barebacking in Blender Magazine — for the Pussycat Dolls before her almost-gold-certified debut, The Fame, was released last year.

Now she’s got Ellen DeGeneres dancing to her music.

“You know she’s seen my boobs?” Gaga nonchalantly says. “When I was sound checking to do the performance on her show, I had on a blazer with no bra and my dancers hoisted me into a lift for the second verse; my boobs popped out. I was so embarrassed. And she was laughing.”

We’ve all seen bits and pieces — enough to make her chest a puzzle, pretty much. But in her just-released “LoveGame” video — “very gay,” she calls it — she does more than show off her assets. She has a lezzy lip-lock. And unlike Katy Perry, it didn’t take no cherry ChapStick to get her there: “It’s not a secret,” she laughs. “I’ve kissed many girls.”

To show her lesbian love, she’ll perform at gay-getaway Dinah Shore Weekend during her first 23-date headlining tour, Fame Ball.  “It’s going to be really gay,” insists Gaga, who’s opened up for the Pussycat Dolls and New Kids on the Block. “Everything that I do is very gay. And I say that with immense pride.”

Gay, and sweat-stimulating hot. And her parents are cool with it — her mom is more interested in her artistry (those shoes! that hair!) than some girl-on-girl action — much to the surprise of drama-digging journalists who ask this question as if what Gaga’s doing is sinful. For a former Catholic schoolgirl, maybe — but, hey, it worked for Madonna and Britney.

“My rebellion is rooted much deeper in my heart than my Catholic school upbringing,” she says, lacing the rebuttal with a sarcastic laugh. “In another way, I don’t really look at what I’m doing as rebellion as much as it is — it’s freeing and it’s liberating. It’s just me, if that makes any sense. It’s just where I feel comfortable.”

Much like Sundays, when the Italian (born Stefani Joanne Germanotta) sometimes eats macaroni with her parents. Before selecting other native dishes she digs, she laughs for a few seconds, noting that her roommate and friend is laughing at her because, “She knows I’m biting my tongue to say something terribly, terribly sexual.”

And then she feeds us her faves — so difficult, she says — naming fresh gravy, meatballs and sausage: “A good Italian girl loves sausage.” 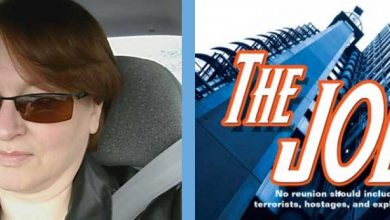