The Huntsman Cancer Institute at the University of Utah Hospital will hold the state’s first annual health fair for gay, lesbian, bisexual and transgender people on May 16. The institute is located at 2000 Circle of Hope in Salt Lake City.

The event, which will be held from 11:00 a.m. – 2:00 p.m., will include health screenings, demonstrations and tables by several organizations who serve gay and transgender populations. Organizations involved will include the Utah AIDS Foundation, the American Cancer Society, the Salt Lake Valley Health Department, Planned Parenthood of Utah, Ogden OUTreach Resource Center, Cornerstone Counseling, EndMethNow.com and Silverado Hospice of Utah, Inc., which specializes in senior care.

Tyler Fisher, Program Director at UAF, applauded the institute’s leadership in putting together the fair.

“It was really great that Huntsman Cancer stepped up and said, ‘Hey, we see that this is a population that possibly needs additional resources, and we’d like to take lead in coordinating the community to come together to do a health fair,’” he said.

Although the Utah AIDS Foundation will not be offering on-site HIV testing, Fisher noted that the organization’s table will hand out discount coupons for its test site. The goal of the booth, he said, is to raise awareness of UAF’s many programs, including Hermanos de Luna y Sol (Brothers of the Sun and Moon), its program for Hispanic gay and bisexual men, and The Village, a largely social program designed to educate gay and bisexual men about their health and what they can do to stop the spread of HIV.

Along with sponsoring a number of events such as gay movie nights, discussions and socials, the Village also sponsors an annual summit on gay men’s health.

For more information about the health fair call Huntsman Cancer Information Service at (888) 424-2100 or e-mail patient.education@hci.utah.edu. 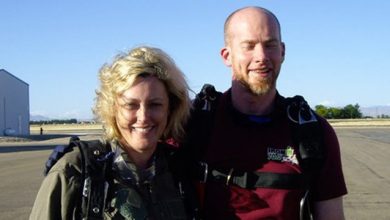