The day after the announcement of Judy Garland’s death, Warren E. Burger was sworn in as Chief Justice of the United States Supreme Court. Having been appointed by Richard Nixon to replace Abe Fortas, who left after being pressured by FBI’s Bureau Chief J. Edgar Hoover, Burger became a strong opponent of gay rights during the next 17 years. He wrote a famous concurring opinion in the Supreme Court’s 1986 decision to uphold Bowers v. Hardwick, which kept homosexual acts illegal in America. Here, Burger used the famous legal author William Blackstone opinions to maintain that sodomy was a “‘crime against nature’ … of ‘deeper malignity than rape,’ a heinous act ‘the very mention of which is a disgrace to human nature’ and ‘a crime not fit to be named.’”

In Utah, on June 25, 1969, the Salt Lake Tribune published an editorial on the life and death of Judy Garland. In it they said she had lived a tawdry life, with her domestic affairs making lurid headlines. The called her emotional outbursts childish and said, “her temperamental tantrums robbed her of the dignity of a mature entertainer.” However, they finally came to terms with the essence of the Legend, when they remarked: “Now she is dead at the age of 47 and a world which never has enough joy will remember the pleasure she brought to millions during her troubled career. Judy captured for an all too brief moment the very essence of youth. She will always be the appealing wide eyed Dorothy of The Wizard of Oz. She was indeed eternal youth looking Over The Rainbow. Let us hope she has finally found this special place.”

Judy Garland’s body was returned to New York City from England, and there she was laid out in a glass covered coffin trimmed in baby blue and blanketed with yellow roses. During the viewing 21,000 fans waited in the blistering summer heat to enter the Madison Avenue funeral chapel single-file to see Judy, dressed in her silver lame wedding dress with silver slippers on her feet, for one more time. By her casket was a floral funeral piece shaped as a rainbow in tribute to Dorothy Gale. Outside the funeral home, waiting behind the police barricades, her young male fans played Judy Garland records on portable record players.

On June 27, Judy Garland’s funeral was held in New York City. Outside the funeral chapel, 2,000 people stood to glimpse the star before her body was placed in a hearse and taken in a funeral procession down 5th Avenue. James Mason, Garland’s co-star in _A Star is Born_, gave the eulogy. He said, “She could sing a song so it could break your heart.” On Fire Island, a gay restort, flags were lowered at half mast. And on that same Friday night, for the first time in history, gays were pushed too hard. They fought back as police tried to arrest the patrons of the Stonewall Inn, a tavern located at 53 Christopher Street in Greenwich Village, Manhattan.

The Stonewall Inn was the most popular gay bar in the Village, and many saw it in the late 60s as an oasis: a safe retreat from the harassment of everyday gay life, a place that was “less susceptible to police raids than other gay bars.” It was also the only gay male bar in New York where dancing was permitted by the owners. Like most gay bars at the time, Stonewall was Mafia-controlled. The owners freely talked about their hatred for the “faggot scumbags,” but they made their fortune off them with watered-down and overpriced drinks. They also stayed in business by paying off the notoriously corrupt New York Sixth Precinct Police Department $2,000 a week.

The Stonewall Inn was known as a fun bar, but also a sleazy one. A hepatitis epidemic broke out in early 1969, which was blamed on the non-sterilized drinking glasses. The Inn had no running water behind the bar, so bartenders simply dunked a used glass in one of two stagnant vats of water kept underneath the main bar, refilled and passed on to the next customer. Most of the employees at Stonewall also did drugs, and the bar was known to be a good place to buy acid.

On weekends, a scantily-clad go-go boy danced in a gilded cage on top of the main bar to Motown tunes. Three of the five hit singles were by Marvin Gaye, Junior Walker and The All Stars, and The Temptations. The love theme from the movie Romeo and Juliet was also popular, along with Elvis Presley’s “In the Ghetto” and The Beatles’ “Get Back.” Also, very few women ever appeared in Stonewall except for the occasional “fag hag.” This was the Stonewall Inn prior to the night of the full moon on June 27.

Around midnight that night, a cluster of vice officers led by Deputy Inspector Seymour Pine gathered in front of the Stonewall Inn to initiate a raid on the bar. This raid was different than the usual kind: It was carried out by eight detectives from the First Division. The corrupt Sixth Precinct was only asked to participate at the last possible moment in order not to tip off the owners.

This raid was also different due to the fact that a small group of onlookers had gathered; usually at the first sign of a raid, gays immediately scattered. This crowd was decidedly different. It was small but strangely quiet, as if waiting for the next development.

At 1:20 a.m. on June 28, the police pushed opened the front door and marched into the bar, ordering the 200 patrons to line up and get their IDs ready. The only people arrested in a raid were usually those without IDs, those dressed in the clothes of the opposite gender, and some, if not all, of the employees.

But this night was different. Many of the Stonewall Inn patrons were pissed and felt edgy and emotional over the death of Judy Garland — some had even attended her funeral. One of the patrons later remembered his mood that night:  “It had got to the point where I didn’t want to be bothered anymore.”

Indeed. Revolt first comes from not wanting to be bothered anymore. 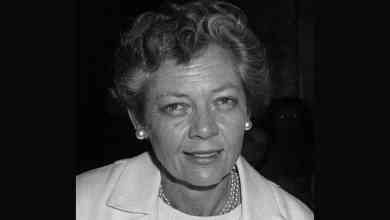