The road to Rio is fraught with danger and excitement.

While watching the Utah Pride Parade last week, I greatly enjoyed the performance of the boys from QUAC, strutting their stuff in Speedos on State Street in front of God and everybody. Few things in life will cause me to risk smearing my mascara like a man in a Speedo. I confess that I have a prodigious fetish for hot guys in spandex and the QUAC boys were really feeding into my obsession big time.

It reminded me of a trip I took several years ago with a community choir to, what could arguably be considered the motherland of spandex, Rio de Janeiro, Brazil. Our hotel was located right in the heart of spandex central — on Copacabana Beach, where the uniform of choice seemed to be a tight fitting Speedo and a pair of sandals. Imagine my delight when I realized that some of those Brazilian hunks even wore their Speedos on the city streets away from the beach for shopping and even work.

Located conveniently just one block from our hotel was the Alaska Theater which sported a classic male striptease show every evening. Feeling dangerously adventurous, I snuck away from the rest of the choir, bought a ticket and sat nervously in the audience. I did not understanding a word of what anyone was saying because, of course, they were speaking Portuguese, but comprehended the gist of things just because the language of sex is international.

Then to relieve the tension of not only me but the rest of the frenzied audience, the emcee called the whole troupe out onto the stage again and to our great delight, they all appeared totally naked, presenting their Full Monties. The emcee engaged in some humorous banter with the guys for about five minutes, giving us all plenty of time to get a good view of everything, and then excused them all from the stage while she performed two fabulous lip-sync songs.

After the emcee concluded her performance, she invited the troupe back onto the stage. All 16 of them returned, strutting proudly with their manhood at full attention, primed and ready for action. They stood in line as if preparing for the queen to review the troops. It looked just like all the flag poles surrounding the United Nations. I can only imagine the massive fluffing session that must have been taking place backstage during the musical numbers. Oh to be a fly on that wall, or better yet a volunteer stage hand.

The emcee then proceeded to invite selected audience members onto the stage with the 16 erect men, to give them various awards. Of course this was all in Portuguese so I could only guess at what the specific awards were.

Then to my utter shock and delight, she invited me to come to the stage. While walking up on stage and past all those rigid shafts, I had to resist as my old farming instincts started to kick in, and I felt compelled to string some wire fencing between all the poles. This surreal experience made me feel as if I was Donna Reed in a porno dream sequence surrounded by a picket fence of penises, a true vision of heaven if you ask me. The emcee gave me a golden crown to give to one of the guys. I assume that my award was for best ass because she had all the guys turn around and flex their buns at me. So I chose some very deserving “Buns of Steel” and placed the crown on his head. She had him move over to a couch on the side and lie bum up. Through pantomime, she invited me to kiss his buns. With the audience going wild with cat calls and applause, I leaned in low over the toned and tanned ass of this Brazilian god, and I nearly passed out in excitement as I gave his left and right cheeks each a peck. Now if that isn’t enough to give a queen the vapors, I don’t know what is.

1. Can I mc a show like that at the Villa Theater?
2. Can the Boys of QUAC speak Portuguese?
3. Does this experience qualify me to be an award presenter at the Adult Video Awards?
4. Does the Alaska Theater Troupe ever go on tour to the US?
5. How could a queen get hired to be a fluffer there?
6. What brand of fabric softener must I use for all that fluffing?
7. Did the Buns of Steel leave a lingering halo effect over me?
8. Upon returning to my hotel, could my roommate detect where I had been?

These and other important questions to be answered in future chapters of:
The Perils of Petunia Pap-Smear 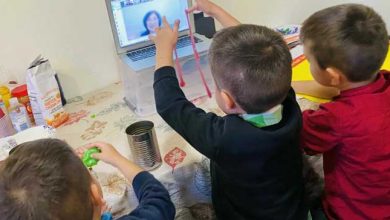 Petunia: The tale of primary colors

The tale of a Dairy Queen