In this season of concerts, both indoor and outdoor, some of the best music around can be found in Carolyn Turkanis’ back yard.

No, seriously. Each Saturday from the middle of May up to mid-September, Turkanis, a Salt Lake City schoolteacher, opens her beautiful, intimate back yard to a local band or musician — many of them gay and lesbian — as part of Carolyn’s Summer Garden Concert Series.

As Turkanis tells it, the series began about six years ago, when a friend invited her to a house concert — which is exactly what it sounds like.

“At the time I was very naïve, and I didn’t even know what a house concert was, so they had to explain to me that it’s an indoor concert where people open up their home, bring food and host a musician or singer,” Turkanis explained. “It was a very lovely social event. I came away from that first experience being really inspired and wanting to support local musicians.”

Unfortunately, Turkanis soon realized that her house on Kensington Ave. was too small to host even the tiniest concert. Her backyard, on the other hand, had a deck that could serve as a stage and plenty of room for an audience — albeit a small one. So as soon as Utah’s chilly spring faded to summer, she opened her yard to her first musician and asked each attendee to donate $5-10, all of which went to pay the performer. Deciding that the weekend might be more convenient for audiences than a Friday night, Turkanis scheduled her concerts on Saturdays. But convenience aside, attendance was sporadic at first.

“But then word got out that I was hosting local musicians, and then people began to call me and email me,” she said.

Although Turkanis has several gay and lesbian friends, she said she didn’t set up her concert series solely to showcase gay, lesbian, bisexual and transgender musicians. However, many of the performers who have played on her deck are lesbians, including Bronwen Beecher, Mary Tebbs, Kathryn Warner (now a Colorado resident) and Leraine Horstmanshoff, all of whom have played or will play during 2009.

“I don’t think I could say it’s intentional, but I think I just have a lot of gay friends and a lot of them are musicians,” said Turkanis, though she noted that networking among musicians and advertising her concerts on Web sites such as that of local lesbian social and civic organization sWerve probably contributed to the gay-friendly nature of her garden concerts.

Each concert is open to as many teens and adults that can comfortably (and legally) fit into the lawn chairs arranged in Turkanis’ back yard (she asks that parents make other arrangements for very young children and babes in arms). Stragglers and those who prefer to stand may stand in the driveway or by the refreshments table on the patio and listen (attendees are invited to bring potluck dishes). But lest one think that the garden concerts are crowded and noisy, Turkanis says that she strives to be a “good neighbor.” Thus, she never blocks off the street, and insists that the music ends promptly at 9:00 p.m. Guests, however, are more than welcome to stay after and socialize.

Although the majority of performers in Turkanis’ back yard are local, a few (typically performers who have moved) come from out of state to play. Warner, for example, drives to Utah each summer to perform. Another former local, Tacoma, Washington resident Megan Peters, also drives down, as do Keith Taylor and Kristin Erickson, now California residents.

“[Taylor] flew in Friday night, performed Saturday and flew out Sunday,” she said.

The musicians come back not only because they like the intimate, friendly atmosphere, but because they can often make good money. Turkanis encourages attendees to bring friends and family and to be generous — especially when a solo performer goes on stage.

“I get very invested in the money part because I want them to feel like this venue is successful for them,” Turkanis said, “I always feel if I get a better crowd it’s better for the musician.” She noted that a few performers, like Megan Peters, can make as much as $1,000 per performance — only, though, if they draw the kind of crowd Peters did.

“The driveway and the front porch were filled up,” Turkanis laughed.

No matter if the act is a soloist or a large band like Stonecircle, Turkanis said her house concerts are a fun and affordable date and social night, especially considering how much tickets to concerts in bigger venues cost. And, they’re a great way to get away from the weekly rush to enjoy good food and good music.

“There’s nothing better than a warm summer evening listening to a local musician, a glass of wine, a plate of delicious food and good friends,” she said. “A lot of people ask me where are you going for your summer vacation? And I say, I don’t need to go anywhere. My vacation is in my own back yard. You know that saying, ‘home is where the heart is?’ Every Saturday night is a real magnificent experience for me.”

Carolyn’s Summer Garden Concert Series is held each Saturday until Sept.  19 at 1443 East Kensington Ave. (1520 S). The suggested donation is $10 per person. For more information or to enquire about booking yourself or your band for a 2010 performance, contact Turkanis at (801) 466-6402.

Literary Issue: She’s in the Band 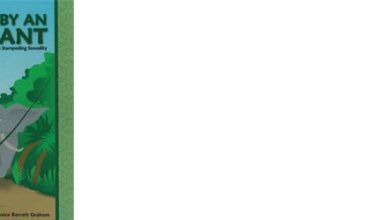