Two Utah women who are walking across the country while living homeless to raise awareness of gay, lesbian, bisexual and transgender homeless youth are slowly making their way west back to Utah.

Chloe Noble and Jill Hardman began their walk, which they call the Homeless Youth Pride Walk 2009, in early May. So far, they have traveled through Seattle, Portland, Oreg., and San Francisco, where they will lead a march of queer homeless youth through the Castro District to Harvey Milk Plaza. Along the way they have held “shines” in each city — events designed to allow gay, lesbian, bisexual and transgender homeless youth and their supporters to speak out against youth homelessness and the homophobia and transphobia behind it. The “shines” are named for Operation Shine, a foundation the two women created to fight queer youth homelessness. The two are now making their way back to Salt Lake City where they will hold a Utah “shine” at the Utah Pride Center on July 25. This “shine” will have a BBQ and an open mic session the two are calling Youth Voice.

After this “shine,” the women will begin their walk to Washington, D.C. where they have said they will meet up with the LGBTQ National Equality March on Oct. 11.

On July 8, Noble emailed QSaltLake to say that Nicole Tomlin, one of the other walkers who have joined the duo, has returned home, feeling that “it was unsafe for her to continue.”

“Nicole is one of the brightest and one of the most empowered youth leaders I have met,” Noble wrote. “We learned a lot from one another and are all better having known each other even under such stressful circumstances. It is hard to be in survival mode everyday. It can be very dangerous living on the streets and sometimes the trauma that we see is almost too much to bear.”

In the two months Noble, Hardman and companions like Tomlin have been on the streets, Noble says they have experienced harassment from police, injuries including spider bites, a sprained ankle, blisters and exhaustion, and have “run out of money, food, and supplies.”

“We have only walked one fourth of our journey,” wrote Hartman. “But we will be out here walking and rallying for Queer homeless youth until the beginning of December.”

While the two women have received messages of support from across the nation and around the world, they also said they have been “receiving an increased amount of hate mail.” Most recently, they have said these include messages from someone using the name Dell Schanze, the former owner of Totally Awesome Computers and the Utah Libertarian Party’s 2008 controversial gubernatorial candidate. Noble forwarded the emails to QSaltLake, and they include the following quotation:

“How can you promote the destruction of the human race and pretend you are anything less than an angel of hell???  If everyone lived like a faggot the entire human race would be destroyed. Psycho gunmen shooting up a school are far better and more honorable than those that would promote homosexuality to students. The psycho gunmen would only kill people. YOU WOULD SEND THEM TO A FIREY [sic] HELL FOREVER AND FOR ALL ETERNITY!!!!!  You are WORSE than HITLER!!! You are WORSE than terrorists!!!! YOU are worse than an axe murderer and serial killer. Those people only take lives. YOU completely destroy them beyond repair and send them to suffer an eternity of DAMNATION!!! Why is HELL in YOU??!!! Repent, turn to God!!!”

Schanze has received criticism in the past for making anti-gay remarks in an unaired radio commercial (a CD of which City Weekly received in 2005). In a February post to his blog, he also called Gov. Jon Huntsman “anti-Christ” after Huntsman announced that he supported civil unions for same-sex couples.

In a post to her Facebook account, Noble called Schanze’s emails “a perfect example of the blatant homophobia and transphobia that is literally tearing our country apart … [and] a perfect example of the intense and apalling [sic] violence that many Queer youth face, before they are kicked out of their homes and forced to live on the streets.”

She noted that 40 percent of the United States’ homeless youth identify as gay, lesbian, bisexual, transgender, queer or questioning, and that over 20 percent of these “fall through the cracks of the system” because of anti-gay and anti-transgender prejudice.

“Almost 70% of Queer homeless youth are suicidal and close to 17% eventually take their own lives. 87% of homeless TransYouth who are murdered, are tortured, shot, beaten, and stabbed beyond recognition. Beyond……recognition,” she wrote. “The message is clear. We are not being asked to simply hide anymore. We are being assaulted to the point where OUR existence is being destroyed.”

For more information about the Homeless Youth Pride Walk 2009, visit the walk’s Twitter and Facebook accounts. Noble and Hardman are also maintaining a blog at pridewalk2009.org, which includes videos and photographs of their walk, and a Google Map showing their journey. Videos of their walk can also be seen on YouTube under the account operationshine. To date, the women have uploaded 200 videos, some as short as 30 seconds, some as long as 10 minutes, detailing everything from encounters with homeless youth, recountings of police harassment, and simple meditations upon their journey’s purpose. 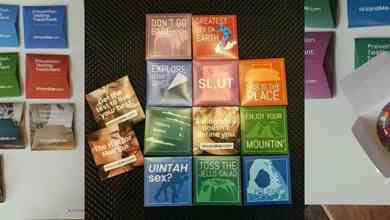 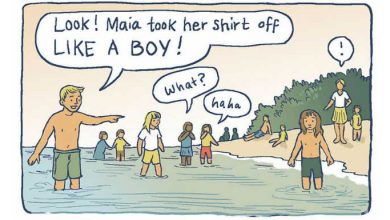 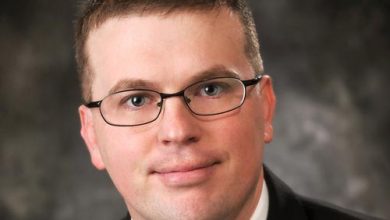