After an evening at the Salt Lake City Twilight Concert Series, couple Matt Aune and Derek Jones were walking through “a little bit of Paris” on their way to their Marmalade home. An arm around the shoulder and a peck on the cheek were enough to get security personnel racing to them to excort them off the property. “A little bit of Paris” is Main Street Plaza, a block traded to the the Church of Jesus Christ of Latter-day Saints after years of contention over the fact that a public easement would allow demonstrations to happen near the Salt Lake Temple.

Aune and Jones, partners of five years, say they were talking as they walked through the plaza on Thursday night at about 10:30 p.m. They stopped and Aune put his arm around Jones and kissed him upside the head. They say that several LDS security officers approached them and asked them to leave saying that public displays of affection are inappropriate behavior and not allowed on the church property.

“I stopped. I said something. I put my arm around him and I kissed him on the side of the cheek,” said Aune.

Then security officers approached them, asking them to leave the premises.

Aune put his arm around Jones and asked what were we doing wrong.

“We were kind of standing up for ourselves,” Jones said, saying they were detained “obviously because we were gay.”

Jones said the secrity personnel told them “what we were doing was just plain wrong; it was inappropriate; it was gross.”

Aune pressed officers to explain to what they say was a half a dozen security officers responding to the call. Jones said the officers called their behavior “unnatural” and “just wrong.” The pair was split up and Jones says he was forced to the ground on his stomach and handcuffed by Zip-ties. Aune was also detained and cuffed. Both, Jones said, were searched by church security.

Church officials released a statement saying that the incident had nothing to do with the couple being gay, but with crossing the line of public affection.

The City of Salt Lake sold the portion of Main Street to the LDS church back in 2003, under a very controversial sale.

At the time, the church agreed to the city’s demand for public access to the block, but demanded in turn that the church be allowed to restrict smoking, sunbathing, bicycling, “obscene” or “vulgar” speech, dress or conduct on the plaza. 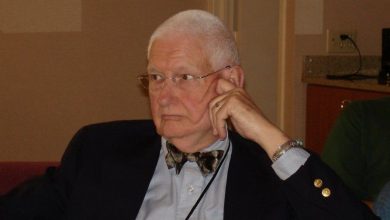 10 Things Your Competitors Can Teach You About Geek 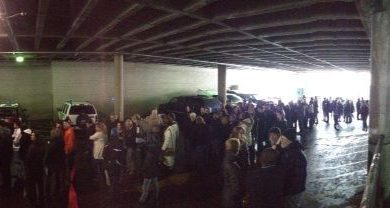