For a short period in 2007, Miles Broadhead was QSaltLake‘s food critic. He knew food; he loved food — perhaps too much. Then last year, at the age of 28 and weighing approximately 260 pounds, Miles made a life-changing decision.

On June 29 Oxygen’s original series Dance Your Ass Off, a weight loss/dance competition, debuted as the biggest premiere in the cable network’s history. A featured contestant on the hit series is none other than Utah’s own Miles Broadhead. In a recent interview with QSaltLake, Broadhead said of the premiere, “It’s a big accomplishment right out of the gate.”

“I think we [the show cast] were unfairly judged in the beginning because people would hear the concept of the show and then make an assumption,” Broadhead elaborated. “And when we came out of the gate, people realized it was not only entertaining but it [the show] really does have a good message.”

Out of thousands of applicants, then out of 30 chosen for auditions, Broadhead is one of only 12 contestants selected to compete on the show. “Believe it or not I found the show on Craigslist,” he admitted. “I had a super bad day at work and I was just surfing away and found the link to the show and applied. About two days later the casting director contacted me, and before I knew it I was out in L.A.”

“It’s interesting because I’m not a professional dancer,” he continued. “I don’t really have any dance training, so I don’t honestly know how I ended up on the show. I hope I’m doing a good job so far.”

So far, he seems to be doing a good job now that he’s made it through the third week (episode three aired July 13) with a total combined weight loss of nearly 15 pounds. But the weight loss alone won’t garner him the $100,000 grand prize; he must also impress a panel of judges — Danny Teeson, Lisa Ann Walters and Mayte Garcia — with his dance skills.

Each contestant is paired with a professional dancer, and Broadhead said of his partner, “Oh my gosh, let me tell you that my dance partner would probably turn me straight if she tried hard enough.” Then laughing, “I mean she really is the whole package. She knew exactly how to pitch me around. She knew how to choreograph me, she wouldn’t let me quit. She kind of knew how to manage me and that’s kind of a hard thing to do.”

Broadhead has received mostly favorable scores from the judges in the competition thus far; and though Walters called his footwork “sloppy” in the July 13 episode, his highly entertaining … and revealing … pole dance performance to Right Said Fred’s “I’m Too Sexy” placed him in second place for the night.

When asked what he would do with the $100,000, Broadhead responded, “If I won the money I would definitely help out my family. I realized throughout this process how supportive and amazing they are to me. And I’ve always dreamed of taking my brother to France for his culinary school graduation. I would do something like that.”

There are a number of reasons why the 12 chosen contestants tried out for the show, but most important (and likely at the core of the show) were health reasons. According to his “home audition” tape, Broadhead, at age 9, lost his father to complications from obesity, and he is absolutely determined not to follow in his father’s footsteps.

Another Utah contestant, Warren Workman from Orem, indicated he was being selfish to his two children by living on the verge of death from his unseemly obesity. However, Workman didn’t make it through the second week of the competition; with the lowest combined total of weight loss and dance score, he went home to his children.

“Warren is one of my dearest friends,” answered Broadhead when asked of his feelings over Workman’s departure. “I mean, honestly, you live with people in that close of quarters, under those circumstances and you just make these amazing bonds. And he is the sweetest and most grounded person that I know. It was sad when he was eliminated but, you know, being a father … I mean I won’t speak for him, but I know that he did have struggles [being away from his children]. But for him to come on that show and gain the knowledge that he gained saved his life, guaranteed.”

With only nine contestants left, Broadhead is gaining on the $100,000 prize and losing the weight he needs and wants to lose. Now that Broadhead is back in Utah, he said he’s watching the show religiously and working at a small, local business.

“It’s going to make you laugh,” he said when asked where he’s working. “But right now I work at a coffee & cupcake shop. It’s rough working around cupcakes all the time but let me tell you I haven’t cheated once.”

Dance Your Ass Off airs Mondays at 8 p.m. MDT on the Oxygen cable network.

The healing power of ‘Well’ 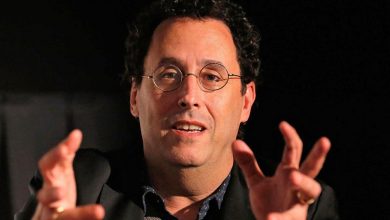