Thought to be “the oldest gay bar west of the Mississippi,” Radio City Lounge closed its doors for the final time Sunday night, Aug. 23.

The bar opened in the 1940s and is thought to have been mob-owned. It was turned to a gay bar in 1957, according to Trapp owner Joe Redburn. Then, it was illegal to dance with someone of the same sex, so people would dance in groups that included mixed genders. Lights under the bar ensured that no hand-holding was going on. It was also illegal to impersonate a female.

The bar fell into disrepair and it was given a minor facelift in the 1990s, but the maintenance was short-lived.

Today the bar is frequented less and less by gay and lesbian patrons. In the past two years, Salt Lake City police officers have responded to calls of stabbings and cocaine use, giving the bar the reputation as a hangout for drug users and the homeless.

QSaltLake has been unable to substantiate rumors that the building was sold to Questar Corp. and is scheduled to be razed, but much of the surrounding property is held by the company. The company demolished the neighboring Utah-Idaho Supply building in 1990 to make room for a parking lot.

Long-time bartender, Rose, who once worked at Radio City as well as the Sun Tavern and The Trapp, will return to the bar to serve up some of its last drinks, beginning at 3 p.m. Aug. 23.

It is hard to prove that Radio City is the oldest gay bar west of the Mississippi River, but we cannot find another bar trying to claim that title.

Cafe Lafitte in New Orleans (on the east side of the river) claims to be the oldest gay bar in the country. 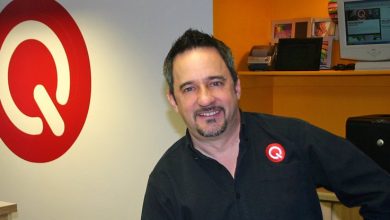