Q Lagoon Day was a freakin’ hoot! The numbers came in, and about 500 homos and their friends went

through on the discount coupons. Add that to those who got in on the 2-for-1 KUTV promo, we had bucko-de-homos at the park. We shared a courtyard (that had a good view of the skin at Lagoon-a-Beach) with the Lutherans, and we ate and drank, and were gay. Besides one apparent altercation with a hick straight guy and his woman, and the few gay emo twinks that needed an attitude adjustment, it was a superfantabulicious day. Thanks for being there!

3THURSDAY — Join the Grand Theatre for an evening of music from one of America’s legendary stars, Patsy Cline.  Featuring local favorites Erica Hansen and Toni Byrd in this return performance of Always … Patsy Cline, Cline’s music is blended into the heart felt true story of a rare friendship of a fan who meets Cline and the two stay in touch for a lifetime.
7:30pm, through Sept. 19, Grand Theatre, 1575 S. State St. Tickets $9–24, 801-957-3322 or the-grand.org.

4FRIDAY — I don’t care how butch of a gay man you are, all of us like to dress up as women — it’s freeing, like sitting nude under a waterfall. Anyhoo, come out of the butch closet and join the RCGSE for their annual Closet Ball. This year’s theme is ‘Kissed By A Diva.’ Trust me, these girls know how to use their tongues!
8:30pm, Paper Moon, 3737 S. State St. Donation $6 at the door, rcgse.org.

I love Salvador Dalí’s paintings, especially ‘The Great Masturbator.’ Little did I know that he had had a sensual affair with poet Frederico García Lorca. Their story is told in the film Little Ashes. Set in Spain in the early ’20s, on the brink of the Spanish Civil War, this drama stars Robert Pattinson (Twilight) and Javier Baltrán … ooolala!
Showtimes vary, Tower Theatre, 876 E. 900 South. Tickets, $5.50–7.50, 801-359-5158 or saltlakefilmsociety.org.

6SUNDAY — If your not out of town this Labor Day weekend, replenishing your body from the fruits of your labor, then be a part of Klub Karamba and QSaltLake’s Sexy Labor Day Party. I hear there’s going to be a contest to see how many sombreros you can hang at one time from your “meat hook.” Aye chihuahua con dios muchacho pendejo arriba!
8pm, Klub Karamba, 1051 E. 2100 South. Cost $5, 801-637-9197.

9WEDNESDAY — The Utah Pride Center’s Pride in Pink is a debonair networking event for members and allies of Utah’s GLBT community. Join them for this urbane gathering. Mix and mingle. Nosh and imbibe. But most importantly, wear pink and be fabulous. Bring your business card to enter the drawing for some seriously fierce prizes.
5–7:30pm, Oyster Bar, 48 W. Market St. For more info, 801-539-8800 or utahpridecenter.org.

10THURSDAY — In collaboration with Avalon Isle, Around the Globe and Pygmalion Theatre Companies, Wasatch Theatre Company presents the Page-to-Stage Festival, a celebration of local playwrights. The festival features short-shorts (a collection of 10-minute scripts), the world premiere of Making Waves, a play celebrating the noble profession of teaching, and the world premiere of Hands Up!, an adaptation of a young adult novel by Paul Magrs in collaboration with Starry-eyed Puppets.
8pm, through Sept. 27, Studio Theatre, Rose Wagner Center, 138 W. Broadway. Tickets $12, 801-355-ARTS or arttix.org.

Up-and-coming lesbian singer/songwriter Brandi Carlile hits the Salt Lake stage tonight. Admittedly, she’s pretty cute and her pop-rock-folk music is rather catchy, especially the single “Turpentine.” Apparently she has ADD, so hopefully she doesn’t stop in the middle of a song and leave … that would be rude.
8pm, The Depot, 400 W. South Temple. Tickets $26, 801-467-8499 or smithstix.com.

11FRIiDAY — The documentary film The Universe of Keith Haring is an intimate portrait of this popular and significant gay artist of the 20th Century, whose mantra was “Art is for everyone!” The film features interviews and archival footage of Fab 5 Freddy, Jeffrey Deitch, Grace Jones, Madonna, Yoko Ono, David LaChapelle, Carlo McCormick, Andy Warhol, Ann Magnuson, Tony Shafrazi and Junior Vasquez, among many others.
7pm, Salt Lake Art Center, 20 S. West Temple. Free, 801-328-4201 or slartcenter.org.

Sugar Space’s Artist in Residence program proudly presents The Final Hours. Modern dancers from the University of Utah and Utah Valley University explore ideas of occupation and rebellion. The goal of this project is to create a full-length choreographic/scenographic work that will transport the audience to another time: Budapest in the mid 1950s. The piece delves into the emotional charge and turmoil of Soviet occupied Budapest, that encapsulated an anti-Soviet student-led uprising, and which was eventually defeated.
8pm, through Saturday, Sugar Space, 616 E. 2190 South. Tickets $5 at the door, 888-900-7898 or thesugarspace.com.

12SATURDAY — For their first event of the season the Salt City Kings are hosting Super Heroes and Heroines, a themed bar party. Dress as your favorite crime fighter and get a $1 off at the door and a free raffle ticket. The Kings will do a couple fabulous numbers, as well. Michael and I are going as the Wonder Twins, which is kind of kinky since we’re lovers … J/K!
9pm, Paper Moon, 3737 S. State St. Donations $6 at the door, 801-713-0678.

16WEDNESDAY — Salt Lake Acting Company opens its 2009-10 season with a “modern masterpiece.” Harold Pinter’s The Caretaker is a pyschological drama revolving around three characters, the brothers Aston and Mick and the tramp Davies. Aston, who has suffered from mental illness, invites Davies into his house after rescuing him from a beating. Mick, a sadistic type, who has difficulty communicating with his brother, appears to resent this intrusion and virtually terrorizes Davies. The incredibly handsome Matthew Ivan Bennett stars … oooolala!
7:30pm, through Oct. 11, Salt Lake Acting Company, 168 W. 500 North. Tickets $12–37, 801-363-7522 or saltlakeactingcompany.org.

Active Voices of Our Allies

Soon, The End of Our Privates 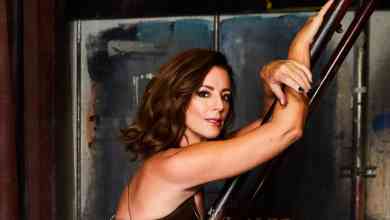