The women of sWerve are bringing Oktoberfest to Utah a few weeks early with their annual Oktoberfest party. Come and join Utah’s social and civic group for lesbians and bisexual women for their biggest yearly bash.
When: Sept. 19, 7:00 p.m.
Where: Chase Mill at Tracy Aviary, 589 E 1300 S (Liberty Park, enter at 900 S)
Cost: Suggested donation of $10 or $25 for three people.

The Utah AIDS Foundation’s annual AIDS walk, Walk for Life, is fast approaching. Walkers may still register as individuals or as members of a business or club team. Walkers are welcome to bring their dogs. This year’s walk will also feature Bike for Life, a bike ride along the same 22 mile course.
When: Sept. 19, 8:00 a.m. (registration), 9:00 a.m. (walk begins)
Where: Liberty Park, 589 E 1300 S

Equality Utah and the ACLU of Utah will host an LGBT Town Hall Meeting for residents of St. George and other nearby towns and cities. The meeting will cover issues facing gay and transgender people in Southern Utah and provide a look at Equality Utah’s Common Ground Initiative, a push for more gay and transgender-inclusive legislation which is specifically targeting municipalities. Attendees will also learn about laws at the state and federal level that include, or don’t include, gay and transgender people, and get a preview of bills that may appear during the 2010 general Utah Legislative Session. Early arrivers will have a chance to have coffee and meet the staff of Equality Utah and the ACLU. The meeting is sponsored by the Dixie College Pride Club, Planned Parenthood Association of Utah, Southern Utah PFLAG, Southern Utah Pride Association, Southern Utah Stonewall Democrats and the Tri-State HIV/AIDS Task Force.
When: Sept. 25, 7:00 – 8:30 p.m.
Where: MOJO Underground Espresso Bar & Small-Batch Roaster, 1664 S Dixie Dr. in St. George.
Info: Anna Brower at (801) 521-9862 or [email protected]

The ACLU of Utah and Utah Valley University’s Gender Studies Program will host “Beyond the Division” a discussion about the needs of Utah’s gay and transgender community, Utah’s religious communities that don’t approve of non-traditional sexual orientations and gender identities, and how the two can coexist in peace and find common ground. The discussion will include Fred Gedicks, the Guy Anderson Chair & Professor of Law at BYU’s Law School, Clifford Rosky, Associate Professor of Law at the University of Utah, openly lesbian State Rep. Christine Johnson, D-Salt Lake City, and Brian Birch, the Director of Utah Valley University’s Religious Studies Program. The panel will be moderated by Bill Allred, host of X96’s “Radio from Hell.”
When: Sept. 25, 1:00 – 3:00 p.m.
Where: Utah Valley University Library, 800 West University Parkway
Info: Anna Brower at (  801) 521-9862 ex.100 or [email protected] 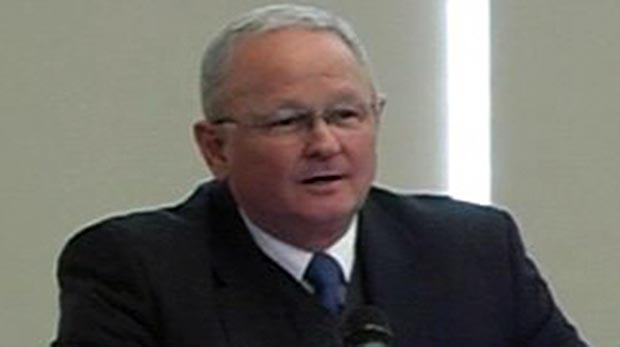 Marmalade to Donate Against H8 on 4/8