Once again, the University of Utah will celebrate gay, lesbian, bisexual and transgender students, faculty and staff and their allies during Pride Week, seven days of films, lectures and fun held around the school campus and open to the community at large.


The theme of this year’s celebration is “Justice for All … If Not Now, When?”, a reference to ongoing city, state and nation-wide push for such rights as gay and transgender-inclusive employment nondiscrimination laws, hate crimes bills and gay marriage, the latter given more fuel by the passage of California’s Proposition 8 last November. Appropriately, many of the week’s events center on the political, including a screening of The Times of Harvey Milk, the first documentary about the slain San Francisco supervisor and 1970s gay rights activist, and a Hinckley Institute panel on the 15th anniversary of Don’t Ask, Don’t Tell, the policy prohibiting gays, lesbians and bisexuals from serving openly in the military.

In fact, one of Don’t Ask, Don’t Tell’s most high profile victims will be on hand to discuss the policy and the broader subject of gay and transgender rights. In March, Lt. Dan Choi, a founder of West Point Academy’s gay and transgender support group Knights Out, came out on the Rachel Maddow Show to challenge the policy as detrimental to the country’s armed forces. The military subsequently issued a letter of discharge to Choi, who has since taken the lead in urging President Obama to overturn the ban. The actual discharge, however, is still pending.

On Oct. 6, Choi will give a keynote address in the school’s Museum of Fine Arts Auditorium at 6:00 p.m. Cathy Martinez, the director of the university’s LGBT Resource Center, said that the school had been planning to bring Choi out since May.

“We’re lucky to have him,” she said. “He’s going to talk about his experience in the military and what it was like for him [when he learned] he’d be discharged from the military.”

Choi will also eat breakfast with students on Oct. 7, from 9:00 – 10:30 a.m. “We set aside some time for that because we though it’d be important for the students to have time with him, to ask questions and get to know each other,” said Martinez.

Activist, performer and Lambda Award-winning author Thea Hillman will also give a poetry reading on Oct. 8 at 11:30 a.m. on the Student Union’s Patio. Hillman is the author of several books of poetry as well as the memoir Intersex (For Lack of a Better Word), and frequently performs in San Francisco’s Bay Area and around the country. She will also give the keynote address at the week’s Gay-la dance on Oct. 8, which will be held at the Marriot University Park, 480 Wakara Way, beginning at 6:00 p.m.

Another highlight of the week is the LGBT Resource Center’s Safe Zone Training, held Oct. 5 from 9:00 a.m. – 12:00 p.m. in Parlor B of the school’s Student Union Building.

“This is a three hour training session that’s about building allies,” said Martinez, noting that the center has offered such training sessions to other schools, businesses and even federal agencies over the years. “We go over terminology, like what does LGBTQQiA [queer, questioning, intersex and allies] mean, some of the history of the movement from the early 1900s to the modern gay movement, and [we do] some interactive experiences with people about myths and stereotypes of LGBT people, how to break those down and where they come from.”

As part of the session, Martinez also said that facilitators lead participants through a “forced choice exercise.”

“We ask people to choose one side or the other, based on what we ask,” she explained. “One example would be, ‘I would be totally OK if my child was LGBT.’ Some people want to explain themselves, like, ‘I would love my child regardless, but if they came to me and said they’re a lesbian, I might worry about how difficult that would be for them.’ And some people say it wouldn’t be OK regardless, based on their values. We don’t try to change that, but we try to bring it to the surface so people can begin to think about it. [This exercise] can be a vulnerable thing for people, and we try to give them an idea of what it’s like for LGBT people if somebody confronts them to self-identify, or asks them questions like, ‘Are you married?’”

But Pride Week isn’t always so serious; there will be plenty of fun and games to go around. Along with the Oct. 8 Gay-la, the school will also hold an Intercollegiate Pride Dance on Oct. 3, and a Pride Pet Show on Oct. 9.

The week will also include two theatrical performances. The first, _Queer Voices_ on Oct. 7, is a collection of monologues about queerness written by students and community members that organizers have been gathering since August.

“We didn’t define anything [when we made the call for submissions], we just said it’s an opportunity for students and community members to express whatever they want to about queer in some way,” said Martinez. “But when we read the stories to see if they fit together, they all did.”

The second performance will be a staged reading of The Laramie Project: 10 Years Later, an Epilogue, a new work by the Tectonic Theatre Project (who authored the original Laramie Project), exploring the cultural impact of Matthew Shepard’s murder ten years later.

For a full schedule of events visit http://www.sa.utah.edu/lgbt. 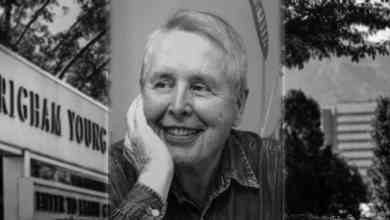