Listen to this article
Southern Utah’s Tri-State HIV/AIDS Task Force will hold its 12th annual HIV/AIDS walk near the end of the month in the trendy Coyote Gulch Art Village at Kayenta.

The theme of this year’s walk is “Sponsor a Test, Save a Life,” and participants are asked to contribute $11—the cost of one HIV rapid test kit. The task force serves Southern Utah, and parts of Nevada and Arizona.

In an email, task force president Chris Doss asked people to donate as much as they could, noting that the more money participants raise, the more times they will be entered into a drawing for the walk’s door prizes.

“I realize that in these touch economic times $11 seem like a lot but you can get your family, friends or co-workers to donate this to make it less of a burden on you,” he wrote. He urged community members “to help us continue free testing, education services and the ability to provide services to those in our community who are infected and affected by HIV/AIDS.”

The task force is particularly in need of money because it receives no state or federal money and has not for the past two years. The Southwest Utah Public Health Department has not conducted HIV or STD tests for years. Its Web site refers those looking for them to St. George’s Planned Parenthood or to the task force, which gives free HIV tests at the Doctors Free Clinic on the second Saturday of each month and at certain events, such as World AIDS Day on Dec. 1.

In the past few years, Utah’s HIV infection rate has risen drastically, mirroring nationwide rates. According to the Utah Department of Health, HIV infection rates jumped 200 percent between 1999 and 2006 and a further 16 percent in the previous year. Chlamydia and gonorrhea rates have also escalated, particularly among young women. The state’s populations that have seen the most dramatic increase in HIV infections are men who have sex with men, or MSMs. In May, the creators of GUS, a survey for gay and bisexual men designed by University of Utah researchers to help identify HIV risk factors among this population, reported that two-thirds of new infections occur in MSMs.

The walk is sponsored by Equality Utah, the Community Counseling Center of Southern Utah, the Utah Department of Health, the Southern Utah Pride Foundation, Planned Parenthood and the ACLU of Utah. 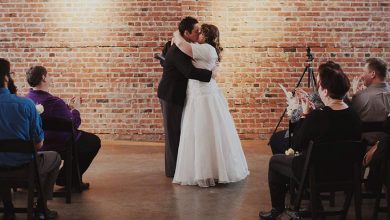