This story is being updated.

The jury deliberated just two and a half hours before returning a clean-slate “not guilty” verdict to kidnapping and burglary charges against David James “DJ” Bell. 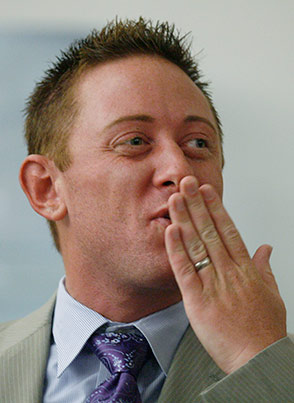 In closing statements, defense attorney Roger Kraft spent 75 minutes convincing the jury that the state had not met their burdon of proof in the charges against Bell. He argued that the charges of Bell choosing to kidnap children in front of nearly a dozen drinking adults, in daylight, and to a house that contained several other adults were ludicrous.

“It shows how insane this idea is,” he said.

He also said that prosecution witnesses were caught in several lies during their testimony, and South Salt Lake City police were lax in their investigation working the case “back to front” based on their belief Bell had taken the children.

Kraft said the defense team chose not to “play the gay card,” but the fact that Bell and his partner, Fair, are a gay couple does play into the case, saying that Lulu Latu – the mother of one of the chilren – jumped to a “preconceived conclusion” as to why the children were in the home.

Prosecutor Tupakk Renteria argued that the defense, instead, “played the Polynesian card” by saying calling the parents “neglectful” for having an all-night drinking party and not watching their children.

Renteria, in a short closing, said that the case was as simple as the fact that the children were found in the Bell home without the parents’ knowledge.

Third District Court Judge Paul Maughan had defense attorneys on a short leash in the case because he did not want the jury hearing about the beating that followed Latu finding the children. Both Bell and Fair were severely beaten by family members and friends of the family who entered their locked house, pumelled Fair with pots, pans and a large screen television and dragged Bell out of the house by his hair, pounded his face against the driveway concrete and a brick wall of the house. Bell lost consciousness and suffered from brain trauma, which defense attorneys attributed a rambling, nonsensical statement by Bell that he “shouldn’t have taken the children.” Fair was hospitalized for three days and required surgery to fix his injuries.

Judge Maughan sent the jury out of the courtroom on Thursday to admonish defense attorney Susanne Gustin for what he called “painting [Bell] as a victim” rather than the defendant in the case.

The jury was also sent out of the courtroom later that day so defense attorney Roger Kraft could argue that Bell, who had been called to the stand to testify in his defense, should be able to say that his head was beaten on the driveway, then dragged to the side of his house and his head slammed against a brick wall, causing him to lose consciousness.

Maughan refused to allow the testimony, and Kraft pulled Bell from the witness chair before the jury was returned to the room.

South Salt Lake City has yet to prosecute the family for what has been called “vigilante justice” by Bell and Fair supporters.

Fair was not in the courtroom most of the week as he feared for his life after being threatened by Polynesian men at the courthouse.

Bell faced a minimum sentence of 30 years, 15 for each of the two kidnapping charges, and a maximum life penalty if convicted. 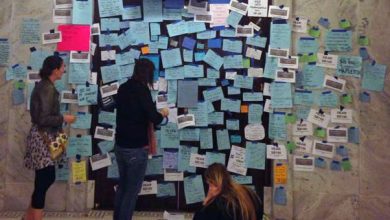