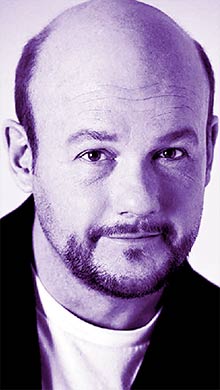 Charles Lynn Frost, known most recently as Sister Dottie S. Dixon, has been hospitalized with complications due to pneumonia on Tuesday, Oct. 20. The Pygmalion Theatre Company had announced the postponement of the Monday, Oct. 19 show after Frost suddenly became ill following a successful Sunday night show. The company announced the postponement of the remaining shows on Tuesday.

Frost’s doctors and family expect a full recovery and plan on completing the remaining six shows of The Passion of Sister Dottie S. Dixon, which have been running since Oct. 1.

The company is asking those holding tickets for one of the remaining shows to hold onto them for an eventual restaging. Refunds are also available through ArtTix at 801-355-ARTS.

“We expect Sister Dottie will rise again after Charles has made a full recovery,” show co-writer said in a released statement. “Also, in the interest of Charles Lynn Frost’s family, we respectfully ask that his fans and those of Sister Dottie give him time to recover. Thank you for your support and prayers.”

Moab Adventure Week serves as a precursor to pride festival