With just four more days to go until the Nov. 3 election, Stan Penfold’s campaign for the District 3 Salt Lake City Council seat is gradually winding up.

“We’re in the last basically week of the campaign, so we’ve been doing consistently pretty much what we’ve always been doing; going door to door and talking to people about what their concerns are, what they like about the district and what their concerns about the district have been,” said Penfold. “It feels like there’s good support out there. I think we’re in a really good position. Now it’s pretty much a matter of making sure people get out and vote.”

Although voter turn-out is often low during elections taking place in odd-numbered year, and particularly low in elections where City Council and public safety positions are the only ones on the ballot, Penfold said that these elections are actually some of the most important.

“I think a lot of people — and we’ve had a lot of people say this — they don’t really understand what the City Council does or how it impacts them. That’s important because it’s how government interacts with us on a day to day basis, it’s all the really simple things, from [installing] traffic lights, to police, fire departments, parks, snow removal —all of those things you take for granted, those are all the things the City Council deals with.”

Even though many of the people he has met while canvassing aren’t sure what the City Council does, Penfold said they are still concerned with many of the things that fall within its jurisdiction.

“Planning and zoning, open space, transportation, all those sort of nitty gritty nuts and bolts things that make the city run, that’s what people are concerned about, what makes a great neighborhood,” he said. And while Penfold is getting a lot of attention for being an openly gay candidate, he has also built a substantial platform around the issues that his constituents have discussed with him. It includes adding more bike lanes throughout the city and giving residents more public transportation options, reducing automobile dependency, investing in the district’s parks and open spaces, and balancing the city’s developments — particularly those around the airport and ever-expanding University of Utah — with the needs and concerns of individual neighborhoods.

Of course, Penfold has also made a name for himself as a candidate by supporting an agenda that is inclusive of gay and transgender people and all other minority groups within his highly diverse district, which covers the Marmalade neighborhoods, the Avenues, Guadalupe and Federal Heights. Along with opposing SB81, a controversial bill that gave local authorities the right to crack down on illegal immigrants, Penfold also supports Salt Lake City Mayor Ralph Becker’s two proposed ordinances to extend nondiscrimination housing and employment laws to all city residents regardless of sexual orientation and gender identity.

Although Penfold said he has “nothing specific right now” that he can think of pursuing in the way of gay and transgender rights if elected to the council, he added that getting the housing and employment ordinances passed and implemented are “immediate priorities.”

“I think one of the things the city can be more proactive about doing, and has actually been doing a pretty good job of, is to promote that this is an LGBT friendly community,” he said. “And it really is. That’s a really important role for a capitol city to play because for people who live in a community where they don’t feel safe to remember there are places [where gay and transgender people are treated well] is a good thing. The more visible Salt Lake is, the better off it is for people no matter where they are.”

Although Penfold has been paying attention to murmurings from some state legislators, including notoriously anti-gay Sen. Chris Buttars, R-West Jordan, about passing a law during the 2010 general legislative session to nullify both ordinances, he said he isn’t sure what will come of such discussions. And not knowing the outcome, he said it is difficult to comment on what he will do, if he is elected, to support Becker during the next year.

“It’s hard to tell how serious that conversation is,” he said. “There are some people threatening, like Buttars, to make [these ordinances illegal if they pass], but the support on the City Council is pretty consistent and very rational. The good thing about this proposed ordinance is it wasn’t created in a vacuum. The city did their homework, the Human Rights Commission [whose report on discrimination in the city inspired Becker’s ordinances] did their research and found clearly documented cases of discrimination.”

But one thing that Penfold is certain about is that he will support the diversity of his district, if elected, in every way that he can.

“One thing that comes up [during walking] is how much people in my district love how diverse it is and how diverse people are,” he said. “They get that. They recognize that’s part of what makes this neighborhood incredible and a good place to live. Protecting that diversity makes it a more desirable community.” 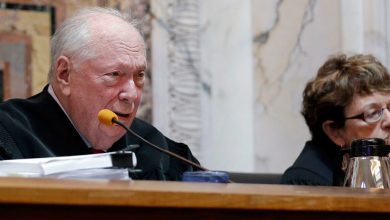