An article pointing out the differences between Salt Lake City Council District 3 candidates Phil Carroll and Stan Penfold in the Salt Lake Tribune just two weeks before the election has one candidate hanging his head in dismay.

Carroll and Penfold are old friends who agree on many of the issues they would face as council members, making their differences key to swaying votes. They agree on monster houses, the need to preserve the character of neighborhoods in the district, which include the Avenues and Capitol Hill.

The Tribune pointed to Mayor Ralph Becker’s non-discrimination ordinance as one issue on which the two disagree. Penfold says he “completely” supports the proposal, saying “it’s what progressive cities do.”
The paper read: “Carroll worries about enforcing the rule ‘when we’re creating a special, another protected class.’”

“You create another layer of bureaucracy,” the Tribune quoted him as saying.

“Contrary to the Sunday’s Tribune article I have over and over again expressed my support of the proposed non-discrimination ordinance,” Carroll told QSaltLake. “I have confused the issue because I have substantial concerns about its implementation. That said, I have also stated that I would support the passage even if my concerns were not met.”

The proposal, according to Carroll, creates a separate agency to handle discrimination complaints. Currently, he says, the Utah State Labor Commission handles such complaints and that perhaps the agency can be utilized to handle those addressed in the proposed ordinance.

“I would propose that the city contract with the state or visa versa to create a single point of intake. If this is not possible then we would proceed as proposed,” he explains.

Not only does he say he supports the passage of the ordinance, but he “would stand shoulder to shoulder with the other members of the city council to do everything possible to insure it withstands a legislative challenge.”

Another difference between the candidates is the issue of neighborhood pubs, like Jam in the Marmalade neighborhood, which sits in District 3.

Penfold says he is interested in exploring the issue, while Carroll is not.

“We’re not Portland,” he told the Tribune. “In our neighborhoods, it flatly doesn’t work.”

But what has the comment board on the newspaper’s Web site buzzing is a comment Carroll made about his experience in an effort to differentiate himself from Penfold.

The paper wrote that Carroll suggested Penfold “lacks insight by having never reared a family. “That’s a big difference,” he said. “Raising a family makes a difference in how you perceive what the problems are.”
“For the Tribune I was asked to distinguish myself from my opponent,” Carroll told QSaltLake. “I made a comment that was less than sensitive. I do understand that families come in many forms and I appreciate them all.”

Carroll said that he and Penfold sat down to breakfast at the beginning of the race and both agreed that they did not want it to be divisive.

Any negative effect the family statement might have, he said, was “not my intent, not my desire. It really concerns me that we get so polarized.”

“I think we did pretty well until Sunday,” he chortled, but immediately returned to seriousness. “It is my sincere desire that this community be one community.” 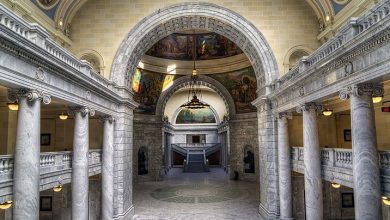