With the winter months bearing down on the U.S. and 2009 crawling to a close, two Salt Lake women who have spent half a year walking across the country to raise awareness about the epidemic of homelessness among gay, lesbian, bisexual, transgender, queer and questioning youth are picking up their 50 pound backpacks and slowly making their way back to the city where they first announced their march in April.

Since May, friends Chloe Noble and Jill Hardman have traveled nearly 1,000 miles across the United States to raise awareness of the 20 to 40 percent of homeless youth who identify as other than straight cisgender (not transgender) and to conduct interviews with and capture video footage of youth living on the streets, to better show the general public these youths’ circumstances and needs. With the exception of a few weeks’ rest in Salt Lake City to recuperate and re-supply, they have traveled mostly by foot and lived entirely on the streets —though, of course, without making use of services designated for homeless people. They have visited a number of major cities including Seattle, Portland, Ore., San Francisco, New York City and Atlanta, Ga., where they contacted QSaltLake with the latest update on their journey. They are currently making plans to walk to New Orleans and expect to return to Salt Lake City in January. Their journey will have lasted nine months. Additionally, wrote Noble in a recent email from the road, she and Hardman were involved in the Oct. 11 National Equality March where Noble was one of the day’s speakers. The march, organized by gay rights leader Cleve Jones, was held on National Coming Out Day to protest the government’s continuing unequal treatment of gay, lesbian, bisexual and transgender citizens and drew some 250,000 participants.

Noble called their participation in the march “a huge honor.”

“Cleve is one of the most inspiring people I have ever met,” she said. “I know along with many of the youth I have worked with nationwide that he, along with Robin Mcgehee, Kip Williams, Dan Choi and Dustin Lance Black are among some of our greatest heroes.”

The pair were asked to organize the march’s youth events in August, and, amazingly, did all of the planning and groundwork while on the road and on the streets, battling inhospitable weather, hunger, fatigue and the police harassment that is typically, they say, part and parcel of every homeless American’s day. Their organization, Operation Shine America, was one of the many that also held events throughout the capitol in support of the march over the Oct. 11 weekend.

“[I] asked Jude McNeil, Director of Youth Programs, at the Utah Pride Center to jump on board, and together [we] created a national team of youth, responsible for organizing over 12 youth lead events at the march,” said Noble. These youth events, she added, in which people of all ages, sexual orientations and gender identities participated, included a youth march on the capitol, a spontaneous flashmob at Union Station, and a “speak out” event where homeless youth got to address march participants about the horrendous conditions they face on the streets of America’s cities. Additionally, homeless youth in D.C. also put on a spontaneous “Youth Shine,” an event that Noble and Hardman had previously held in all cities they visited.

“A Shine is a community event that raises awareness on a community issue,” said Noble, noting, of course, that the issue being raised at these events was the status of homeless youth in America. “It harnesses and harmonizes the power of spontaneous action, natural unity and grassroots efforts to bring about genuine justice.”

In everything they have done, Noble said they have tried to empower all of the youth they have met, to help them build bridges and networks of support among each other.

“It is our intention to unify youth through positive expression, and to teach them how to become mutual mentors in a process used to express themselves and empower others through personal, local, national and international activism,” she said.

Such networks, both among homeless and housed youth and in the communities in which they survive, are as necessary as they are long overdue, said Noble. In the pair’s six months on the road and on the nation’s streets, they have seen a host of horrors and have catalogued many on their Twitter, Facebook and YouTube accounts as well as on their blog at pridewalk2009. These have included: attempting to sleep on the steps of a church during a rainstorm only to be asked to leave by the church’s priest; witnessing children as young as 12 living in homeless youth camps; and encountering youth with untreated, life-threatening illnesses.

When the duo stopped in San Francisco, Noble wrote that she was horrified to discover teenagers as young as 14 dying on the streets of contagious MRSA, a staph infection usually contracted in hospitals.

“I can’t even put into words the horrific things we have experienced,” she said. “In San Francisco, a place often heralded as a gay mecca [we found] many youth covered in highly contagious MRSA … so bad that it literally crippled them. They were covered in bloody lesions that leaked puss visibly through their clothes. They could not walk. And the hospital would just give them antibiotics and kick them out onto the streets again. (Antibiotics is [sic] dangerous to give to someone with MRSA and youth often die from infections as bad as the ones we saw.).”

“In every city, including Salt Lake City, homeless youth have to endure police brutality,” Noble continued. “They have to endure being treated like a disgusting reject of society. They endure survival sex, assaults on their character and body, mental illness, and eventually sometimes even drug and alcohol abuse. These homeless youth, especially LGBTQ youth live in a deep isolation from everything and everyone around them. Storefronts are only walls. The streets are … ridden with authority figures who will often hurt you or exploit you.”

“It’s amazing how different people treat you when they think you’re homeless,” wrote Hartman in the most recent post to the walk’s blog, dated Oct. 7. “One of the hardest things I’ve experienced on this journey is the constant dehumanization. It breaks you down, destroys your spirit, and causes you to lose faith in humanity. When someone approaches me in those moments I find myself reacting with anger before they even say a word. And a lot of times, all that person wanted to do was give me a dollar or a sandwich. My eyes fill with tears and I am ashamed when I realize that I have forgotten once again that there are still kind and caring human beings in this world. Now I understand and have compassion for the homeless who are aggressive and sometimes verbally attack you when you walk by with your coffee and breakfast muffin. You see, we give what we receive, it’s just human nature.”

Additionally, Noble said she and Hardman have encountered widespread disbelief that these things exist, particularly that people in authority are capable of hurting homeless youth.

“I believe some people want us to say everything is okay out there and that there are amazing organizations taking care of everything,” she continued. “The truth is, what these youth experience everyday is a living nightmare.”

Along with understanding the exhaustion and demoralization that comes from having nowhere safe to sleep and no access to such facilities as public restrooms.

“We have cried more times than I can count. We have even gotten in huge rageful fights with one another, each time we were so far in survival mode living on the streets with these youth,” she explained. “Jill and I understand now where the violence comes from. It comes from having to be dehumanized every single day from one thing, one person, one experience after another. The pain, fear, and anger are relentless. How these youth have any hope at all is a miracle.”

And yet, said Noble, the youth she has met still hope for and dream of a future where they have a place — especially youth the two have met in Salt Lake City.

“LGBTQ homeless youth in Salt lake City are some of the most hardcore youth we have met,” she said. “People so quickly forget. Because Utah has no youth shelter, EVERY HOMELESS YOUTH in Salt Lake City lives on the street. Every single one. There is literally no where else for them to go. Unless it is into the slimy bed of a child predator.”

Given that Salt Lake City has roughly 855 homeless youth (43 percent of whom identify as gay, lesbian, bisexual, transgender or “other than straight), according to recent data collected by the city’s Homeless Youth Resource Center, Noble said that residents have a “moral responsibility” to make sure these youth are housed and safe. In fact, Noble thinks that the valley’s many gay, lesbian, bisexual and transgender-headed households would be excellent places for them.

She noted, however, that often “the governing forces of Utah” get in the way of attempts to get these youth off the streets. This is a phenomenon that QSaltLake has written about before, in our last article about the state of homeless youth in Utah dated Aug. 2008.

Currently, state law often limits what organizations, including the Utah Pride Center and the Homeless Youth Resource Center can do for homeless youth who are under 18.

“Legally in this state there’s not much we can do for them without parental approval,” Rachel McNeil, the Utah Pride Center’s then-Youth Programs Director, told _QSaltLake_ last year. “As a social service agency we can serve homeless youth for up to eight hours without calling Child Protective Services or getting parental permission, and then they’ll check and see if the youth has been reported as a runaway.”

Further, there are simply not a lot of safe places for Salt Lake City’s homeless youth to stay during the night, as both centers are equipped only to serve drop-in clients.

Noble is hoping to help change that, not just in her home city but all over America. As the pair make their way back to Salt Lake Valley, Noble said they are working to create a national youth network “to help with the future of Operation Shine America.” She noted that 200 youth in a number of cities have already signed up to participate in a 2010 event, which the two are planning.

“ When I get back home to Utah, everyone better be ready because we are bringing a national youth network with us. And we are going to push hard for radical changes now,” she said. “”Homeless LGBTQ youth will be our focus until there is a secure and radical change in the way [they’ are perceived and treated in the United States. This can not be solved by drop in centers, shelters and food boxes alone. The hearts and minds of the American people have to change. Until every LGBTQ citizen is treated with dignity and respect, homeless LGBTQ children as young as 12 will continue to die on the streets of America.”

For more information about the walk visit pridewalk2009.org. Hartman and Noble are also posting video footage of their journeys to their YouTube account, operationshine. 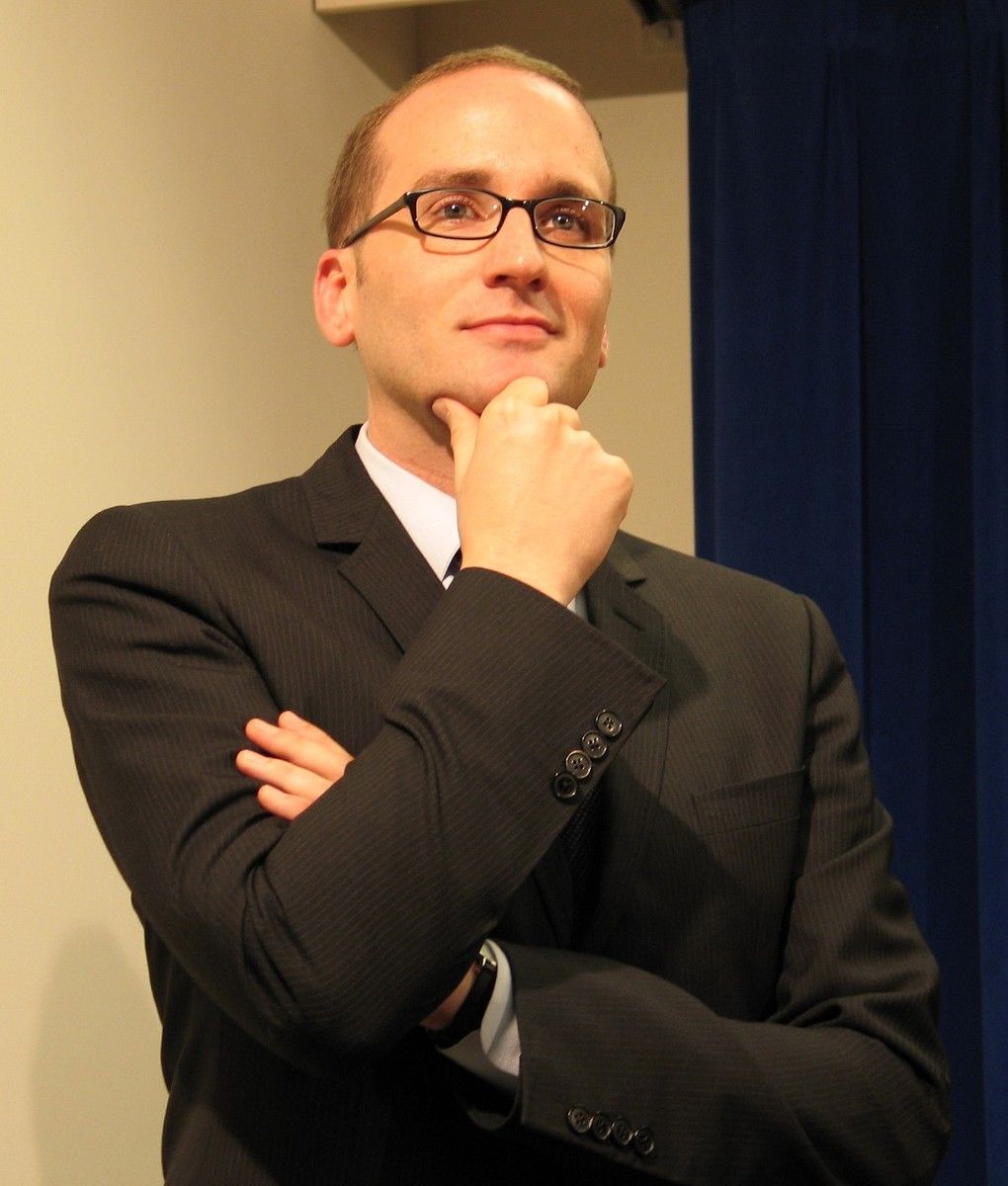