Listen to this article
Recently, I was interviewed by Seth Bracken, a promising young reporter with Utah State University’s student newspaper, for a story he was doing on gay male parents. I found his enthusiasm and desire to write a positive gay story refreshing.

As we talked, it became clear to me how different our lives were as gay men. No, not because I have kids and he doesn’t. Not because he and his boyfriend probably go dancing on Friday nights while I’m sitting on the couch watching a Disney flick with the boys.

No, our lives are different because at literally half my age, Seth’s experiences are shaped by four decades of gay and lesbian rights.

The way I see it, I owe being a gay dad to a bunch of drag queens, who in 1969 stood tall in their heels, said, ‘enough is enough,’ and fought back against police harassment.

Now I can’t imagine that the ladies at the Stonewall Inn on that evening forty years ago dreamed that what they did would lead to Harvey Milk becoming the first openly gay man elected to political office. Or that queer couples would be raising kids. Or that same-sex marriage would be a viable issue.

But it all started there. And as I explained to Seth, each subsequent gay generation has had it easier than the one before us. And, hopefully, we’ve made it easier for the generations coming after us. We’re all links in a chain of history.

That’s why in spite of recent setbacks to gay marriage – like the recent vote in Maine and Proposition 8 in California – I firmly believe that same-sex marriage will be a reality in all 50 states. It’s no longer a matter of if, but when.

And that’s where my sons come in. They’re a link in the chain, too.

My number one goal in life is to make sure that the boys grow up to be happy, well-adjusted men. I think that’s a challenge for any parent, but it’s especially difficult when you consider that Kelly and I are slightly whacky gay guys!

Unlike straight parents, however, we have an added pressure for raising “successful” kids. We owe it to those who fought for us. Those drag queens took it on the chin – literally – so I could live openly as a gay man. The bullet that shattered Harvey Milk’s skull also shattered laws banning gay adoptions.

My kids walk in the world every day as the sons of gay men. There’s no escaping that fact. Whether they like it or not, whether they understand it yet or not, they’re seen as representatives of gay society.

It’s a mighty weight on these kids, but the reality is that children of gay men and lesbian women are an extension of queers everywhere.

I figure it’s similar to the reminders my parents gave my siblings and me every time we walked out the door. Not only were we representing ourselves, we were representing our family, and thus every Greek person.

Don’t get me wrong. I didn’t become a father to advance any cause. And I’m not training my kids to be little gay rights activists. But I’m also not naïve. I know that the kids of gay people, and our kids’ friends, will be powerful allies in the fight for causes like full marriage rights.

That’s why I’m confident we’ll see universal marriage sooner rather than later. The tide is on our side. And it’s growing.

You know, it seems that the tide is always on the side of gay people. Think about it. Within my lifetime we went from being arrested in bar raids to raising children. That’s pretty freakin’ amazing.

I shared this sentiment with the son of some friends recently. He came out during his senior year at a private Catholic high school. In a brilliantly-written “manifesto,” which he nailed to the school doors ala Martin Luther, he announced that he is gay, and exposed the rampant homophobia he witnessed in his classmates and the administration alike.

He never could have done that, I explained to him, had it not been for the links in the gay chain that came before him.

Kelly and I owe our parenthoods to those links. We owe it those who lost their lives, or broke a nail, to be the most fabulous gay dads we can.

But we also owe it to Seth, the young college reporter. We need to be a link in the chain for him, so he can marry his boyfriend if he so desires. So they can adopt kids if they want.

Hmmm, maybe they can practice by babysitting mine!

Want more Who’s Your Daddy? Check out the blog: Christopher-whosyourdaddy.blogspot.com 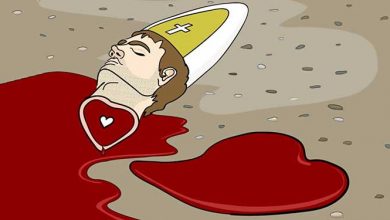