Kelly and I had very different upbringings. His was similar to what you saw on Leave It to Beaver. Mine was more like My Big Fat Greek Wedding. His parents didn’t argue. Mine don’t either; they “discuss things.” Passionately. He never saw his parents show physical affection for one another. As for me, well, there’s a reason I’m the youngest of six.

Like everyone else in the world, gay people learn how to behave in a relationship from watching their parents. Sometimes they have learned the same behavior. Other times, they’ve had different childhood experiences like Kelly and I did.

We’re very aware that our relationship will impact our sons’ future relationships. And chances are that their spouses’ experiences will not be framed by having two dads. We want our boys to understand that relationships can be complicated. So they’ve heard us “discuss things” — passionately. And they’ve also seen us kiss and make up.

Physical affection is a complex issue for gay and lesbian parents. Hell, it’s a complex issue for gays and lesbians in general. We are, after all, encouraged by society to keep it behind closed doors. The most benign public display of affection can cause a huge brouhaha. Just ask the guys who kissed on the Main Street Plaza last year. There is room for debate as to whether their actions in that particular location were appropriate or not, but to me that’s far less important than the overall double standard we see every day in society. The number of straight folks I see in public holding hands or gently kissing every day is pretty staggering.

What I find particularly perplexing is my own reaction to seeing gay couples engaging in the same behavior. I’m shocked! Shocked like a hausfrau from Kansas when she stumbles into the Castro. Not long ago we were at IKEA, and I nearly crashed into a stack of candlesticks when I saw a 20-something gay couple browsing the store hand-in-hand. I elbowed Kelly so hard trying to draw his attention to them that I think I bruised his ribs. He was completely unfazed.

I suppose my initial shock lends support for those who deem public displays of affection by gay people inappropriate. My reaction does imply that I thought that two men holding hands was improper. But clearly I don’t believe that it was improper. Actually, I found it delightful, refreshing even. When I was their age, two guys would never have held hands in Draper! For their part, they barely seemed to notice the middle-aged gay couple with the kids. To them we were just another family looking at build-it-yourself Nordic furniture. And I guess they were just another young couple doing the same. But they were also serving as a good example: to me, the other shoppers, and my kids.

What I want to impart on my sons is that physical affection is just one part of how we love other people. So we hug our boys. A lot. And more importantly, we tell them every day that we love them. A lot. So yeah, I think it’s important for them to see their dads hug one another and give each other a little kiss or two. And hear us tell each other, “I love you.”

But it’s also important for them to see us hug and kiss our other family members and our friends. Seeing my 6’5”, 21-year old straight nephew, Braxton, give me — and Kelly — a hug every time we see him provides the boys with an invaluable example that men can be affectionate, too. And there’s nothing “unmanly” about hugging the people you love, regardless of their gender. Gay men have always understood that. It seems to me that increasingly straight men are beginning to understand it as well. And that’s a good thing.

There is nothing that makes me get more warm and fuzzy inside than seeing my kids spontaneously hug each other. But I know there will come a time when they’ll stop doing that — at least temporarily. And I realize that there will probably come a day when they’re teenagers and they no longer want to be hugged by their parents. That day might just break my heart.

I hope Kelly and I have given them a foundation to find their own comfort level with affection. And, yes, I hope my kids will want to hug each other when they’re men. And I want them to freely hug their spouses, children and friends.

But most of all, I want them to hug their dad. 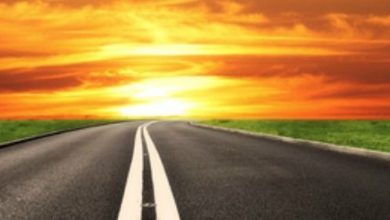 So you want to be an LGBT parent