Since taking office in 2004, on the heels of the embattled administration of Republican Mayor Nancy Workman, Corroon, then a relative political newcomer, has become known in Northern Utah as not only a fiscally conservative Democrat but as a supporter of rights for gay, lesbian, bisexual and transgender Utahns. On his watch, the Salt Lake City Council has enacted an adult designee program that extends the insurance benefits of gay and lesbian county employees to domestic partners, and is just one step away from enacting an ordinance forbidding workplace and housing discrimination on the basis of sexual orientation and gender identity.

In an interview with QSaltLake conducted the morning of his campaign announcement, Corroon said that a number of factors lead him to front a gubernatorial run, including calls by a number of Utahns to “draft” him for the office. As early as May of last year, for example, supporters created the Facebook group “Draft Peter Corroon for Governor in 2010.” Today it has over 1,000 members. Additionally, Corroon discussed a potential run with a number of elected officials and supporters of both major party affiliation.

“I got a lot of good support and felt it was a race that was winnable,” he said.

Although many in the press have noted that a Democrat has not lead the state since 1980, Corroon does not think that 29 years of Republican leadership will pose any barrier to a victory at the polls.

“I think it’s time for a Democrat to win, but it’s not about whether someone’s a Democrat or Republican,” he said. “It’s about who can move Utah forward and make Utah a leader in the West and I think I’m that candidate.”

Among Corroon’s goals for Utah are strengthening the state’s education system — a move which he says will also strengthen the state’s floundering economy — and making the Beehive State a leader in energy independence.

“We have gas, oil and coal but we also have great sun and wind energy and geothermal energy,” he said.

Corroon has also questioned a number of Herbert’s decisions, including the governor’s allowance of radioactive waste to be imported into Utah and his pledge not to raise taxes during the ongoing economic downturn. Rather than raising or slashing taxes to solve the state’s budget crisis, Corroon earlier told The Salt Lake Tribune that he favored a more “balanced approach” to budgeting. “You can’t cut your way to economic success,” he said. It is a motto that has served him well as mayor; in 2009 Corroon cut Salt Lake County’s budget by $142 million, in part by raising property taxes and requiring residents in unincorporated parts of the county to pay more for police services.

Along with this reputation for fiscal conservatism that may win him support from the state’s more conservative residents, Corroon is also an outspoken supporter for gay and transgender rights. When Equality Utah launched its Come OUT Utah program last February, in which businesses across Utah joined the statewide group in calling for legal protections for gay and transgender citizens, Corroon addressed a crowd of gay rights leaders at Golden Braid Books. At that time he said of the push to end housing and employment discrimination based on sexual orientation and gender identity: “These aren’t special rights but basic right for all of us.”

“I think all our citizens should be able to work, live and support their loved ones without discrimination,” he told QSaltLake 11 months later. “It’s not about whether you’re gay or straight, it’s about treating everyone equally, and in Salt Lake County it’s about retaining good employees, too.”

Additionally, Corroon said he is supportive of a number of other rights for gay, lesbian, bisexual and transgender citizens, including probate rights and adoption. On the question of civil unions, however, he noted that Utah voters had elected to constitutionally prohibit gay marriage in 2004, and that he would not be supporting a push to legalize such unions as governor.

“I don’t think our state is ready for that,” he said.

In the months leading up to November’s election, Corroon said he hopes that the state’s gay, lesbian, bisexual and transgender community will support him, especially as he embarks on a tour of the state’s 29 counties in an attempt to dialogue with all residents.

“I’d like to be an independent voice of Utah, someone who will stand up and do what’s right,” he said. 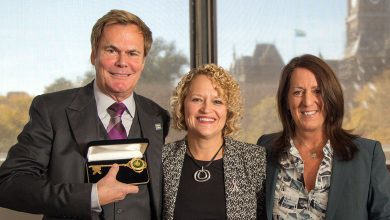 A celebration of 200 issues 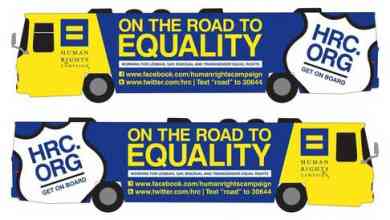