As the new year rolls into its second month, the Utah Pride Center is rolling out a new program: a revamped HIV prevention campaign an eye for outreach efforts among several communities — and, naturally, a snappy theme.

“If we can do it, you can do it,” said Lillian Rodriguez, the Center’s HIV Prevention Coordinator. “[Getting tested is] not scary, it doesn’t take that long and the most important thing is getting tested and knowing your status.”

To kick off the campaign, Rodriguez and HIV Prevention Youth Program Coordinator Jeremy Yamashiro will show that anyone can (and should) get tested for HIV by taking the rapid result test themselves and uploading their photos to the program’s Facebook fan page. In honor of Valentine’s Day, they are encouraging couples to come in and get tested together throughout the month. After the test, they’ll have the option of getting a photo of themselves (holding their hands in heart shapes and sporting band-aids) for the page, which is currently in development. The campaign will also have a print advertising component, to be funded through grant money.

But couples aren’t the only group to which the program will reach out. Each month, Rodriguez said the campaign will partner with a number of other groups, some in house, like the Center’s staff and its Queer Oral History project, and some based in the wider community, including youth in April and Latino groups in October (the month in which National Latino AIDS Awareness Day is observed). In addition, the project will also hold periodic meetings where, said Rodriguez, “we talk explicitly about anything you wanted to know about sex, basically” with the goal of addressing safer sex and HIV prevention measures.

Ultimately, said Rodriguez, the idea of the program is “giving the leadership back to the men we’re trying to influence,” who will plan everything from special events to outreach efforts at local bars and clubs. But she also hopes that the men participating will carry the prevention message long after these vents end.

“We don’t want to just encourage individuals, but we want individuals to encourage their friends to get tested,” she said.

For more information about the Center’s HIV prevention program or to volunteer, contact Lillian Rodriguez at 801-539-8800, ex. 23. The Utah Pride Center, 361 N. 300 W, holds a test site on the second and fourth Wednesday of each month from 5–7 p.m. Beverages and snacks are provided and a movie is always played: apropos for Valentine’s Day, February’s film will be Sex in the City. 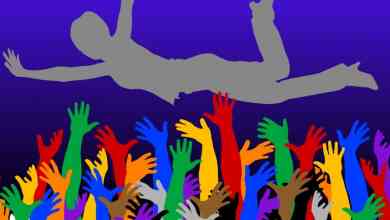