When it comes to contenders for the country’s longest-running Oscar party approved by the Academy of Motion Picture Arts and Sciences, most people probably think of big cities like New York, San Francisco or, most obviously, Los Angeles, the home of the 81-year-old awards ceremony.

Few, however, probably know that the party is actually held right here in Salt Lake City.

Since 1990, the Utah AIDS Foundation has held the state’s only officially sanctioned Oscar party, Oscar Night America. Each year, said Nathan Measom, the foundation’s Development Director, one such celebration is held in each of the 50 states to raise money for various nonprofit groups. All proceeds from the evening’s ticket sales go UAF’s many programs assisting Utahns with HIV/AIDS and educating the populace about the disease.

“We’ve been their choice for the past 20 years,” he said, noting that organizations have to reapply for approval each year.

Like many long-running parties frequented by Utah’s gay, lesbian, bisexual and transgender community, UAF’s Oscar Night America started out “really small,” according to Measom — “just at a bar with people getting together.” However, the party grew in size each year and peaked at 1,200 participants in 2002 — also the year that a live feed from the celebration was shown during the televised ceremony.

This year, however, Measom said he expects “around 600–700” guests, thanks in part to the sluggish economy. “But I’d love to get back up to those numbers [from 2002] because it’s our 20th year and we’d love to have the support of the community and get people involved again.”

“It’s kind of a milestone for us,” he added.

The black tie, red carpet party will be held at the Rail Event Center, 235 N. 500 West on March 7. Cocktails will be served an hour before the broadcast begins at 6:00 p.m. Tickets are $120 per person, $1,200 for a table of ten and $1,500 for a corporate table. Corporate seating includes an official program book, wine service by Phoenix Wine & Spirits, a gift and an official Oscar Night America poster per table.

For more information or to purchase tickets call the Utah AIDS Foundation at 801-487-2323. 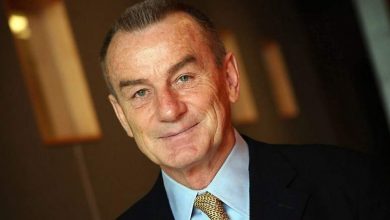 Thoughts on a fitting tribute to John Williams