Come March, a new gay, lesbian, bisexual and transgender-friendly dining group will be out on the town, and just plain out at a number of Salt Lake City’s eateries — all in the name of  having a good time and raising the community’s visibility during one of the most contentious political climates it has ever faced.

Salt Lake Sonic Boom was created by Tom Wells and modeled after asimilar group in which he participated while living in Denver.

“They’d announce a bar, usually it was a straight bar, and announce the bar a few days ahead to make sure they had the staffing, and you’d see a group of people converge on this bar,” he said. “I went to several [of these outings], and the employees loved it, and everyone had a great time.”

Letting business owners know that gay, lesbian, bisexual and transgender people are not only good customers, but perhaps some of their regular customers, is important for Wells especially, as he said, “with everything in the news now where people are trying to portray us as wanting special rights.” To help the community at large get to know its gay and transgender members, Wells encourages diners to wear red—and, of course, to tip well and treat staff politely.

Currently, Salt Lake Sonic Boom’s Facebook page, where Wells announces each month’s restaurant and takes suggestions for future events, has nearly 70 members. The group’s first outing will be a dinner at Piper Down, 1492 S. State St., on March 1 at 7 p.m. People of all sexual orientations and gender identities, including straight allies, are welcome to attend. Ultimately, Wells plans on bringing group members to a variety of eateries, not just “those restaurants,” like Bambara or Market Street Grill,  known for being gay-friendly.

“But we do want to show them our support too,” Wells added.

If the group is popular enough, Wells also said that it could also go on outings to other venues in the future.

To join the group, search for Salt Lake Sonic Boom on Facebook. 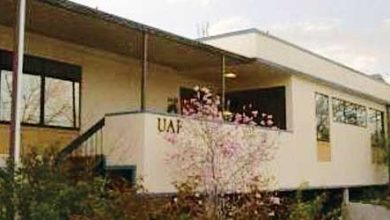