Rep. Jason Chaffetz (R-UT) made good on his threat to introduce a “disapproval resolution” in Congress to block the District of Columbia’s attempt to legalize same-sex marriage on January 27.

If approved by the House and Senate and signed by President Obama, the resolution would override the gay marriage bill signed by Mayor Adrian Fenty in December.

But D.C. Congresswoman Eleanor Holmes Norton stated that evening that she has received assurance from House Democratic leaders that the House will not even vote on Chaffetz’ resolution.

“I am pleased it will not be taken up by committee,” said Norton, adding her Democratic colleagues believe District officials should make their own laws.

Chaffetz, himself, has made statements that his bill has little chance of passage and it is “more symbolic than it is realistic.”

“I wish it would come up for a vote, because I think traditional marriage would win,” he told the Deseret News. “But with the Democrats controlling the House, the Senate and the presidency, I can’t imagine that this would make it through the process.”

Without Congressional intervention, same-sex marriages would begin early next month in the district. 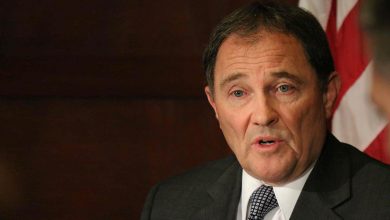