A planned spring march on Salt Lake City in support of gay, lesbian, bisexual and transgender rights is arriving in Utah a year after its announcement—with a few changes. 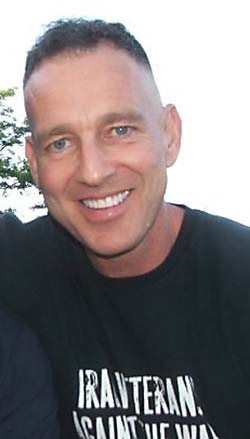 In 2009, California activists headed by Shawn Cunningham — a straight man with a lesbian mother — announced efforts to hold a large scale march on Salt Lake City in opposition to the passage of Proposition 8, which re-banned same-sex marriage in the Bay State. Due, however, to difficulties getting a permit the march was cancelled.

This year, local activists lead by Jeff Key, Dominique Storni and Joe Munsey have revived the idea. Scheduled for March 20, E21 will be a forum for gay, lesbian, bisexual, transgender and allied Utahns to “express how discrimination has hurt them in their lives and the lives of the families they care about,” said Key, a former U.S. Marine and playwright.

Marchers will meet at 9:30 a.m. on March 20 at the City County Building, 451 S. State St. From here they will march to the Utah Capitol Building. Here, said Key, a single microphone will be set up for anyone to discuss how anti-gay and anti-transgender social, legal and political discrimination has impacted their lives. Speeches should last three minutes, said Key, in order to allow all who wish to speak a turn.

The purpose of the E21 March — which stands for Equality in the 21st Century rather than the date of the Vernal Equinox — is twofold, said Key: To help “change hearts and minds of people who misunderstand and even unwittingly hurt” gay and transgender people, and to give voice to Utahns who feel let down or silenced by decisions community leaders have made during this Legislative Session. For example, several members of the community have criticized a compromised brokered between Rep. Christine Johnson, D-Salt Lake City, and Sen. Howard Stephenson, R-Draper and Republican leaders to put a moratorium on all gay and transgender-related bills in order to conduct a study about discrimination against gay, lesbian, bisexual and transgender Utahns. The compromise also mandated that no bills would be presented that attempted to strike down gay and transgender-inclusive housing and employment nondiscrimination ordinances passed last year in Salt Lake City and Salt Lake County.

Since the compromise’s announcement, however, Senate and House Republicans have stated that they see no need for a study to be conducted. Johnson’s decision to uphold her part of the agreement by dropping a bill that sought to extend Salt Lake City’s ordinance statewide has caused a public outcry from such community activists as actor Charles Lynn Frost (who plays local theatre icon Sister Dottie S. Dixon), who wrote an editorial in The Salt Lake Tribune criticizing Johnson and has ignited a debate about the compromise across the Facebook pages of several others.

“Some people have felt like they were being told sit down and shut up,” Key explained. “Whether [the compromise is] right or wrong they’ll argue in perpetuity. But the people feel like they’ve been told to shut up, and whereas there is a place for the rage people need to know we [community leaders and activists] will not role over ever, that we have the same fighting American spirit that we’re famous for.”

Key also said that the march would not be “a venue to attack at all.”

“God knows I fought for the First Amendment, and I’m not trying to control what people say, but if you want an opportunity to make real change by showing theinjury that people’s misunderstanding have caused, here’s your chance,’ he said.

Real change, he added, “happens when you ca appeal to [the] humanity [of those who oppose you] and let them see you as a person.”

The E21 organizing committee meets Monday nights at Key’s house. Those wishing to attend or to be involved in organizing the march may email him at jeffkey@e21march.org. 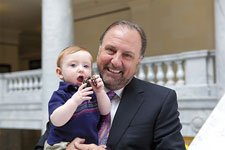