The appeal of Ogden’s newest bath and body shop lies not only in the cloud of delicious and intriguing scents that greet the curious upon entering its doors, but in its name. As the sign over the door suggests, this is a place where customers can customize toiletries to smell like anything their hearts desire, from tulips, lavender and fruit to scents with such intriguing names as Ancient Forest, Sleigh Ride and Lumberjack.

To help customers decide which of their 400 scents (and millions of possible combinations) is right for them, co-owner Rulon Pudlewski even provides strips of paper for people to experiment with different oils.

“Some of them are really, really unique,” he said.

Although Making Scents opened its doors at 151 Historic 25th Street in Ogden last October, the business has been around for nine years. It began, Pudlewski said, when his partner, a spa-certified massage therapist who ran his own clinic, decided he didn’t like the creams and lotions he was using on his clients and made his own. His patrons loved the products, and soon he found himself making a number of other products, such as body exfoliations and bath salts.

Due to a personal situation, Pudlewski’s partner asked not to be identified in this story.

The products’ popularity caught on, said Pudlewski, and clients began asking if the products could be scented. The pair began with just five essential oils and expanded to the massive catalogue they have today.

“It kept blossoming until we had several different [scents] and decided to expand and try shower gels and bubble baths, air fresheners, body spritzes, little travel size perfumes,” he said.

In 2006, the pair put their products online and were surprised when they began receiving orders from all 50 states and countries as far away as Australia, New Zealand and the United Kingdom.

“We have no idea who these people are. They just somehow found our site,” laughed Pudlewski. And when his partner had to close the massage clinic, the pair decided to take their burgeoning business “on the road,” and spent several years selling at farmers markets and craft fairs from central Idaho to St. George—fairs which included Bear Lake’s Raspberry Days and Brigham City’s Peach Days.

“We developed quite a following and they started asking where our store was,” he said.

While the pair weren’t in any position to start a retail store at the time, Pudlewski lost his job last June when the airport company at which he worked closed down. After an unsuccessful job hunt, he and his partner decided to try their hands at owning a store. Today its shelves are stocked not only with the bath, body and spa products that have made them popular throughout the state but bath accessories, candles and even handmade bar soap, which a friend creates for them. All products are made inthe pair’s home, said Pudlewski, and are as free from additives and preservatives as possible.

“If we can do it without all the words you can’t pronounce than we’ll do our best with that,” he said.

The most popular Making Scents product is the soft touch exfoliation, a can of natural salt and moisturizing cream which is used to scrub away dead skin cells and refresh skin, particularly on cracked heels. The shop’s own brand took seven years to perfect, said Pudlewski.

“If you look at some of the other brands that are out there, they’re three-fourths oil on the top and a little salt on bottom, but ours stays solid all the way through,” he said. “We say it’s the best on the market because of the quality of it. It’s not sticky, oily or greasy and you get to choose the fragrance for it.”

While the store has 400 scents on hand, the number they can access is actually closer to 2,000, said Pudlewski. These include lavender from France, sandalwood from Somalia and eucalyptus directly from growers in Australia as well as a number of synthetic fragrances. They even have access to scent “types” that smell similar to designer perfumes and colognes such as Chanel #5 and Giorgio. Many of the scents are unisex, and the two are even working on opening a men’ line in the next few months. And, of course, products are made to the customer’s specifications, meaning that the scent combinations are endless and as varied as the customers’ imaginations — and as rich as the air inside the cozy Ogden shop with its chaise lounges and book shelves.

“One of the first things they say when they walk in is, ‘It smells so good in here,’” said Pudlewski. “I wanted it to be warm and welcoming.” 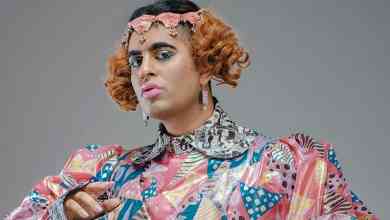