This spring Plan-B Theatre Company unveils two richly written premieres that the company is known for producing. Both are period pieces and both basically introduce to the audience fascinating historical figures whose unconventional ways of their time ought to be shared and regarded more widely: Wallace reflects an unlikely mirror-portrait of two American writers from very different backgrounds and ideaologies; and Amerigo takes a humorous, original approach to a centuries-long debate over the discovery of The Americas. Wallace, opening Mar. 4, depicts Wallace Thurman and Wallace Stegner, two American novelists born in the early 1900s. Besides their name and profession, the two were seemingly very different people. Thurman, an early prodigy of sexism, was a gay black man who suffered many ailments that continually led him back to his birthplace, Salt Lake City; Stegner, a white heterosexual conversationist, was recently inducted as “one of Utah’s most prominent citizens … a legendary voice for Utah … .”

Through her research, co-playwright Jennifer Nii said, “I really started to get a sense of just how much this story could resonate — to help us all think about something that was common to these two men, which was this notion of home — what makes a home, and how people so earnestly search for it. [It’s] sort of quirky-funny of where they do find it, and for these men it happened to be Salt Lake City, which is odd for both of them in a number of ways.”

Director Jerry Rapier added, “Something Jenifer captures nicely in the play is that Wallace Thurman’s wife actually filed for divorce because he was gay, because he was caught solicting sex in a public restroom.” But, as depicted in the play, “it was almost more offensive [than him being gay] that he was dating a white canadian man named Harold Stephensen.”

At the beginning of the Harlem Renaissance, Thurman formed a group called the Niggerati, a group of mostly black artists and intellectuals, and a few white people. “Meetings” of the group were held at Niggerati Manor, which was Thurman’s self-named residence. “It was pretty much anything goes at the parties [Thurman] would host,” said Rapier. “There was great music, people reading great stories, beat poety, and then also a lot of sex. He would alos bring white people to Niggerati Manor who were trying to have the black experience.”

Thurman’s most notable book, The Blacker the Berry: A Novel of Negro Life, explores discrimination among black people based on skin color — intraracial prejudice.

“There’s a phrase ‘high yella,’ which [refers to] an African-American who is [mixed-race],” explained Carleton Bluford, who portrays Thurman. It stems from the time of slavery “when the master would have sex with the slaves, and have children. So even from then stemmed this difference because these mixed children got to sleep in the [master’s] house.” “They got to do things that the darker people didn’t get to do,” said Bluford.

But Bluford said this prejudice is not as prevalent today. Instead, he explained, “There’s a huge shift right now where African-Americans are concerned; if you’re talking about homosexuality, it’s more of a ‘Don’t ask, Don’t Tell’ kind of situation depending on different groups. But the biggest thing right now about intraracial prejudice is you have these groups [of African-Americans] who went to college and have become sort of middle-class [citizens] and then there are those who are still struggling. There’s kind of a barrier there.”

Rapier added, “Wallace Thurman was a very dark man, so it’s fascinating that he wrote this book which was a very thinly veiled autobiography about what it meant to be a very dark black person at a time when people were trying not to be so black.”

As with many of Plan-B’s productions, the company has initiated the lives of mostly obscure figures in Utah history to our local communities; to celebrate … to regard exceptional indviduals, such as the Wallaces.

Plan-B’s Amerigo, written by Eric Samuelsen, runs April 8–18. Inspired by the the idiocrasy that is Glenn Beck, it’s an afterlife dark comedy, of sorts. As Amerigo Vespucci and Christopher Columbus squabble — which feels like an eternity — in Purgatory over which of them actually discovered The Americas, the famed political theorist Niccolo Machiavelli calls upon Sor Juana Ines de la Cruz, a lesbian nun and poet/playwright to act as judge.

“Their argument is over which of them really discovered America,” explained Samuelsen. “But it turns more into an argument over what ‘America’ means. In a sense, America didn’t need discovering — there were already 60 million people living here. But Columbus, for all his brutality, was genuinely a religious man, though with beliefs that were thought peculiar even by the not-exalted standards of 15th century Catholicism. His discovery carried with it a certain definition: America as Zion. [The question is] does that meaning of America still hold? A land that somehow fits into Christian eschatology? Watch Glenn Beck; that’s at the core of his message.

“But then there’s Amerigo. And to him, America’s about commerce. It’s a rich new continent; products can be made here and sold in Europe, and it’ll be all the more profitable if you plan to not pay your labor force. So America becomes a land of slavery, and a land of laissez faire economics. That’s what America stands for. Weirdly enough, Glenn Beck seems to think that’s true too.”

So the initial idea expanded; a debate between Columbus and Amerigo. But more questions popped up, most importantly “who would sort out their dispute?”

Samuelsen came across the mention of Octavio Paz’s book about Sor Juana Ines de la Cruz. “I knew Paz, but I’d never heard of Sor Juana, so I looked her up, ended up buying a book of her poetry and two of her plays,” said Samuelsen. “I realized she was the perfect, most important, character.”

Deena Marie Manzanares, who portrays Sor Juana, said, “Why Machiavelli chose her to be the judge, he says ‘For you Columbus I chose someone of unquestioned piety, for me I chose someone of genuine literary merit and accomplishment, and for you Vespucci, a beautiful woman.’ So that she could appeal to each of them.”

“Amerigo tries to bribe her in the beginning [of the play],” Manzanares continued. “He says, ‘I can introduce you to a woman,’ and she says, ‘I don’t see the point, we’re disembodied spirits.’”

Though it’s written as a comedy, ultimately, Sameulsen said, Amerigo is a very serious play. That’s what Sor Juana reminds us of … of what we lost when we conquered America. What we lost was a chance to genuinely embrace the many rich cultures of the American continents. What we lost was 50 million human beings, and their languages and cultures and religions and literatures. The play’s about that too, about the tragedy of cultural imperialism.”

Director Jerry Rapier added, “From the onset of the discovery of The Americas, slavery was a part of it … the treatment of native people and how one culture determines the use of another culture for their benefit.”

“It’s an experiment,” Rapier said. “Both plays [Wallace and Amerigo] were written independently, but they’re woven together.”

For more information visit planbtheatre.org. A free screening of the Argentine film about the life of Sor Juana Ines de la Cruz, I, Worst of All, will be held April 13 at Tower Theatre, 876 E. 900 South. 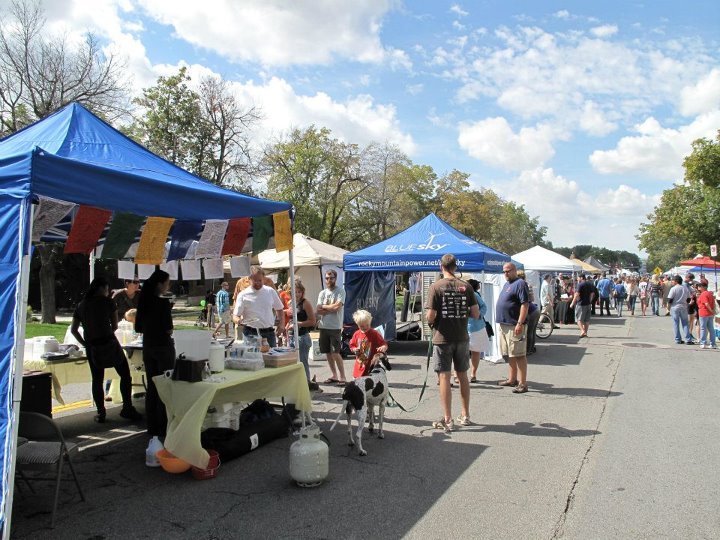