I’ve had it up to my monkey-like earlobes with people who don’t say ‘thank you’ when I hold or open a door for them, who don’t hug me when I

walk into a room, who don’t squeal with glee when I phone them, who don’t break into The Chiffons’ “He’s So Fine” when they see me strolling down the street and who don’t offer me money just because I’m pretty. Because it’s all about me and if you disagree, I’ll cry …
just so you know!

19FRIDAY — I didn’t have a chance to include any of the fabulous shows that the Royal Court of the Golden Spike Empire put on during their annual ‘AIDS Week’ fundraiser that happened earlier this month, so I want to suggest you go out to the Sisters of the Gaga Sisterhood show hosted by Czarina 34 Korynne — she wants your ugly, she wants your disease, she wants your everything as long as it’s free.
9:30pm, Paper Moon, 3737 S. State St. Cover $5 to benefit the RCGSE AIDS Fund, 801-713-0678.

20SATURDAY — I haven’t been to one of sWerve’s parties before, but I’ve heard these ladies know how to throw ’em. These sprite women have kissed the Blarney Stone so many times they could flatter the skirt right off Gayle Ruzicka. So I can only imagine what kind of trouble they will get into at their post-St. Patrick’s Day Party. There will be dancing, raffles and just a wee bit ‘o drinking … yeah, right!
7–10pm, The Speakeasy, 63 W. 100 South. Cover $10, 801-521-7000.

22MONDAY — For me, if there were the same opportunities as So You Think You Can Dance when I was a young lad, I might have become a world-renowned dancer, and had been in A Chorus Line. But noooo! Anyhoo, in the documentary film Every Little Step the camera follows the dancers’ plight as they struggle through auditions (not me though!) for the Broadway revival of A Chorus Line, and investigates the history of the show, and the creative minds behind the original and current incarnations.
7pm, City Library, 210 E. 400 South. Free, 801-746-7000 or slcfilmcenter.org.

23TUESDAY — The Tony-nominated Broadway hit, Legally Blonde The Musical, is on tour and hits Salt Lake City tonight for a limited run. Sorority star Elle Woods doesn’t take “no” for an answer. So when her boyfriend dumps her for someone more “serious,” Elle trashes the credit card, hits the books, and sets out to go where no Delta Nu has gone before: Harvard Law. Along the way, Elle proves that being true to yourself never goes out of style.
7:30pm, through March 28, Capitol Theatre, 50 W. 200 South. Tickets $35–62.50, 801-355-ARTS or arttix.org.

27SATURDAY — After a great turnout a few months ago, Club Try-Angles brings back Uniform Night. Dress up as your sexiest uniformed character, like a naughty nurse or a skanky cheerleader or a fireman with a gigantic hose. I’d get into my football gear but I can’t get the hard cup on all by myself.
9pm, Club Try-Angles, 251 W. 900 South. For more info call 801-364-3203.

Weber State University Department of Performing Arts AAT (Associated Actors and Technicians) invite performers to participate in Cabaret Nights: Songs of the Cinema. All are invited to attend as an audience member but are also invited to present their work of movie-inspired music, dance, poetry, etc. Have a song you have to sing; a dance you “gotta dance?” This is your chance, MY chance!
9pm, Wildcat Theater, Sheperd Union Bldg., 3848 Harrison Blvd., WSU, Ogden. Free, 801-694-7994.

Holi is the Festival of Colors, a traditional Indian holiday announcing the arrival of spring. The color, noise and entertainment that accompanies the celebration of Holi bears witness to a feeling of oneness and sense of brotherhood. The festival brings home the lesson of spiritual and social harmony as revelers flood the temple and grounds for a day of brightly colored powder, mantra, music and a bit of “holi” mayhem.
Noon–4pm, Sri Sri Radha Krishna Temple, 8628 S. State St., Spanish Fork. Free; bags of safe, Indian scented powders $2 each or 3 bags for $5, 801-798-3559 or utahkrishnas.org.

28SUNDAY — Did you know I started the ‘Bend-and-Snap’ move when I was diddling this beatnik from Seattle? It’s true. Anyhoo, if you want to go really blonde, join the Salt Lake City Film Center at their Legally Blonde Brunch. You’ll get the chance to have mimosas with Elle Woods, see a matinee of the musical and a post-show discussion.
11:30am, The Olive Bistro, 57 W. 200 South. Tickets $250 (limited sales), contact Kelsie Jepsen 801-746-7000 or kjepsen@slcfilmcenter.org. 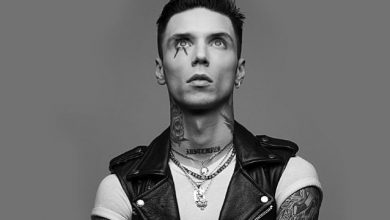