On March 23, the Utah Democratic and Republican Parties held their precinct caucuses to elect precinct, county and state delegates as well as delegate chairs. In this election year, the individuals who won those offices will play the important role of selecting each party’s candidates for seats in the Utah Legislature and in Congress.

A number of those newly-elected delegates are also gay, lesbian, bisexual and transgender. Some of them are seasoned political veterans who are returning to their posts, and some are newcomers. In this issue, QSaltLake interviewed a few of them.

A moderate Republican, James decided to run for delegate this year out of frustration with the party’s politics, which often exclude gay, lesbian, bisexual and transgender people.

“I am tired of the ultra-conservative Republicans running Utah and wanted to be involved in getting them ousted and getting more moderate Republicans in office that are GLBT-friendly,” he said. “I also ran to show that there are GLBT Republicans in Utah and in the U.S. that have a voice and want to be heard and respected.”

Like all delegate hopefuls, James, the partner of Utah Log Cabin Republicans President Mel Nimer, attended is local precinct meeting and told those present about his qualifications to hold office, as well as his stance on Republican candidates running in the district. At this time, he was also elected as his precinct’s secretary — an office that no other individual sought.

Although LCR has encouraged individuals to become Republican delegates for the purpose of getting more gay and transgender-friendly GOP candidates in office, many have balked at the idea of being an openly gay or transgender delegate in a party with several members who actively oppose such things as employment and housing protections that include sexual orientation and domestic partner rights. However, James said that he did not experience any anti-gay rhetoric.

“I don’t know if the people there know I’m gay. It wasn’t part of the discussion,” he said. “I did not try to hide it and I would have told them if asked. They did know that Mel and I lived together.”
James’ Legislative District is a traditionally Democratic one and is represented by Rep. Jackie Biskupski, who is Utah’s only openly lesbian legislator now that Rep. Christine Johnson, D-Salt Lake City, has announced that she will not seek reelection. James said that he would not oppose Biskupski, and that he would direct his efforts to voting for a gubernatorial candidate and a congressional candidate who pledges to support gay, lesbian, bisexual and transgender people.

“I don’t want to say for sure yet, but I’m looking into [Jim] Bridgewater as a Republican to get in [as a candidate for Bob Bennett’s Senate seat],” he said. “From what I understand he’s a little more LGBT friendly than the others.”

James said he had also received a communication from Senate hopeful Mike Lee and has asked to talk to him about gay and transgender issues.

“I’m just pushing to learn as much as I can about all of them so I can make an informative decision,” he said.

Although District 30 is a blue district that has had the same Democratic incumbent since the late 90s, it nonetheless has precincts (that is, areas as large as a few neighborhoods) that are heavily Republican. Democratic delegate Kevin Packer hails from precinct 2256, which is such an area.
“It turned out I was the only [Democrat] from my precinct to show up,” said Packer. “By default I was made the chairperson and a delegate from my precinct. I know of other Democrats in my neighborhood and being the only one to show up was disappointing but all the more reason to be happy that I did show up so that there is one person actively involved in getting our issues out there.”

Although Packer is new to the delegate system, he is no stranger to politics, having volunteered for a number of political campaigns in the past. When he heard that the Utah Stonewall Democrats and Equality Utah were encouraging gay, lesbian, bisexual and transgender people to become delegates in this year’s midterm election, however, he said he showed up “to help ensure that the community was represented well within the Democratic Party.”

“I wanted to get more involved because even though the Democrats are ‘our’ party they haven’t been as progressive as they’ve promised over the last couple of years,” he said. “Being a delegate would get me more time with candidates running and closer to the issues they are running on.”

Although Packer was the only Democrat from his precinct, he said that he saw many other gay, lesbian, bisexual and transgender friends in the district mass meeting, which nearly 200 people attended.

“Several of the spokespersons included LGBT community issues in their speeches,” he said. “Hearing people speak up about issues helped me become more aware of what I didn’t know about and would have to learn to be well versed and make an informed vote when the time comes.”

And that vote, he added, is something that he takes very seriously.

“I plan on learning everything I can about all candidates and issues that I will be asked to vote on. I also will be ‘papering’ and canvassing my neighborhood to get these issues and candidates’ names out to the neighbors and friends in my community. I will also try to get as many people to register to vote as possible. It will be intimidating knowing that most of the time the door will be shut or slammed in my face but I go with the notion that change happens one person at a time. … If my actions make one person understand the harm that Republicans can inflict on LGBT [people] or any other person, then I will consider my efforts worth it.”

Another political newcomer is lawyer Michelle Turpin, who said that she had wanted to run for the office in the past but had always been called out of town during the caucus meetings.

“This year I made it a point to make myself available,” she said. “I wanted to be a delegate because I’ve had it with [Democratic Congressman] Jim Matheson. I also feel strongly about getting candidates elected who a supportive of LGBT issues.”

A resident of Salt Lake City’s traditionally liberal District 25 (which Johnson will represent until Dec. 31), Turpin faced three other precinct members who wanted the seat.

“In order to get elected, I was very overt,” she said. “I took charge of the meeting; I volunteered to be the precinct chair; I wasn’t shy about my background and involvement in the charities that support many Democratic principles. I also got to know each of the people in my precinct.”

This year, Turpin and the district’s other delegates will be faced with an additional task. Since their House incumbent is not seeking re-election, they will have to choose a challenger from among four Democratic hopefuls (two Republicans are also running): Joel Briscoe, Dixon Hindley, Anthony Kaye and John Netto, the latter of whom Johnson has endorsed. Currently, Turpin said that she is “most impressed” with Netto.

“Chris has been a close personal friend and although I really wanted to see a LGBT candidate take her place, I am convinced that Netto will do a great job and will carry Chris’s torch on the LGBT issues,” she said. 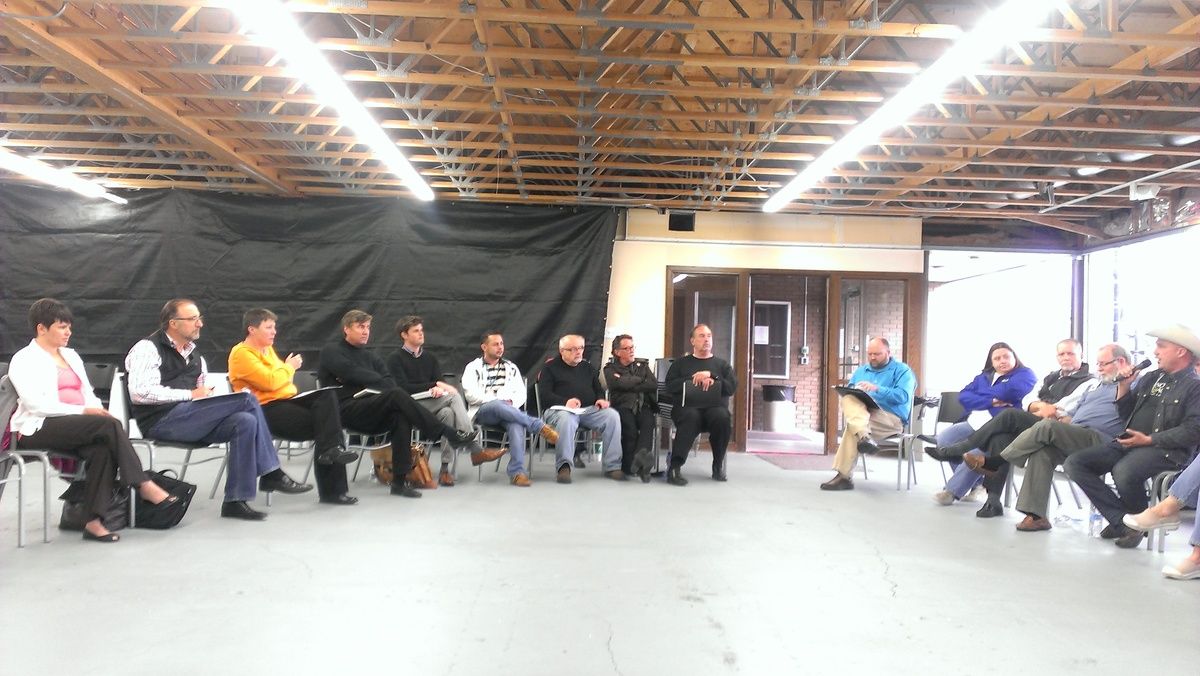