So far this year, a number of city and county governments are somewhere in the process of drafting workplace and housing nondiscrimination ordinances that include sexual orientation and gender identity.
As of March 29, Equality Utah has announced that seven more cities have expressed interest in drafting such ordinances, or at least learning more about them.

“We actually have citizens contacting us who have said, ‘We want to work for this in our community.’ So we’ve been able to start the conversation at a grassroots level,” said Brandie Balken, executive director for the statewide gay and transgender rights organization.

Currently, Equality Utah is having conversations with Cedar City, Logan, Murray, Midvale, Price and St. George, said Balken. Meanwhile, Moab held a public meeting about the ordinances during the week of March 21 and Holladay’s City Council held a work meeting about the subject on March 18.
“Of course, that doesn’t necessarily guarantee passage, but that is the process [of having these discussions],” she said.

Cities that have begun the process of drafting ordinances include West Valley City (which discussed a possible plan during a work meeting earlier this month) and Park City, which is currently drafting an ordinances and plans to hold a public meeting about them.

“I would imagine before the end of April they’ll be done,” said Balken.

“Salt Lake City did a great job of creating a template for other cities and counties to follow and people are,” said Balken. “I think it does make a big difference, when we have West Valley City, Salt Lake City and Salt Lake County onboard with these ordinances. Think about the amount of the population represented those places represent.”

Equality Utah’s goals, she said, are now to continue the work that they and gay, lesbian, bisexual, transgender and allied Utahns have done in Northern Utah, to take these ordinances into the south of the state and into more rural areas.

“We’ve become a pretty powerful force in [Salt Lake City and County] and we need to recreate that in other areas of the state so as a voting population it matters,” she said.

Homosexuality a Choice? Does it Still Matter?

DJ Bell Acquitted of All Charges 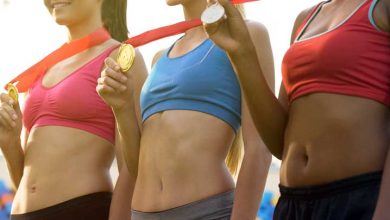