On April 9, the University of Utah’s College of Social Work will honor a number of Utahns and Utah organizations with its Pete Suazo Social Justice Awards, named after the late State Senator and civil rights activist.

The recipients will include two members of Utah’s gay, lesbian, bisexual and transgender community who are also U of U employees: LGBT Resource Center Director Cathy Martinez and Corporate  and Foundation Relations Executive Secretary Dhiraj V. Chand.

A licensed clinical social worker, Martinez became the LGBT Resource Center’s director in June of 2007. Since then she has overseen a number of successful events, including the organization of the school’s annual LGBT Awareness Week and it’s the center’s observance of the National Day of Silence. She also maintains a private practice that specializes in assisting gay, lesbian, bisexual, transgender and queer/questioning clients.

Martinez said that she was “surprised and delighted” to receive the Pete Suazo Individual and Community Empowerment Award, and is pleased that the committee is recognizing gay, lesbian, bisexual and transgender people.

A communications and Gender Studies student, Chand will receive the Individual Leadership and Advocacy Award. Although just 24, Chand’s resume is extensive. In his six years at the university, he has served as the Speakers Chair of the Associated Students of the University of Utah’s Presenters Office; the Diversity, Community & Partnership Coordinator of the Residence Hall Association; and the director of ASUU’s Diversity Board, where he helped create its Annual Conference on Social Awareness. He is currently co-chair of the school’s Queer Students of Color group and is helping to plan the Critical Race Studies in Education Association’s 4th annual conference at the University of Utah. Here he will give a presentation titled “When the ‘Safest” Space can become the most Oppressive: Why Conversations of Race Fail!”

Chand was nominated for the award by Associate Dean of Students Lori McDonald, who has been his mentor for several years.

“I didn’t know I was getting nominated so when I got the call it was kind of a surprise,” he said.

Of all his accomplishments, Chand said that he is particularly proud of his activism during this year’s General Legislative Session, when he lobbied for offering in-state tuition rates for undocumented immigrant students.

“The instate tuition is so critical for education and opportunities,” he said. “It’s so important that these students have access to higher education.” 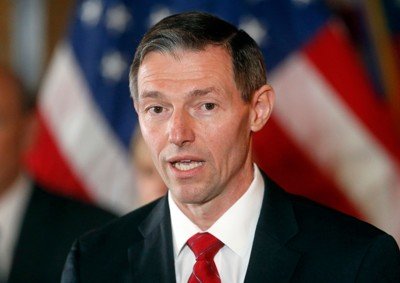