The sun peeked out from behind the clouds as Salt Lake City Mayor Ralph Becker, flanked by mayors from West Valley City and Park City, announced that his city’s anti-discrimination ordinances protecting gay, lesbian, bisexual and transgender citizens from bias in housing and employment was now law. The ordinances were passed unanimously by the Salt Lake City Council last November and signed by the mayor on Nov. 17. They were written so that their effective date would be after the Utah State Legislative session, out of concern that state lawmakers may want to gut them.

“Today marks a great moment in Salt Lake City,” Becker said from the steps of the city hall building. “These ordinances are an essential step in shaping Salt Lake City to be a great American city.”

Becker outlined the process an individual must go through to make a complaint of discrimination under the ordinances.

First, a complainant must file a form spelling out the complaint. A city reviewer will assess the complaint and decide whether it warrants going further in the process. Next, the city will attempt to obtain a “voluntary conciliation.” Failing that, an administrator still has the choice to move the complaint to its final step in the process — an official hearing.

“People from cities across the state are applauding your city for extending these protections,” West Valley City Mayor Mike Winder said. “I join that applause.”

Winder said that Salt Lake City leaders have “blazed a trail” that allowed for protections for gay and transgender citizens while balancing religious liberties.

“Some may be perplexed that a Republican mayor would support these ordinances. But I come from the Republican Party of Abraham Lincoln” Winder continued. “A Lincoln Republican wouldn’t seek to make second class citizens out of anybody.”

Winder said he was disturbed by people who said they would rather not rent or hire someone gay or transgender, saying “don’t they have other places they can work or live?” He likened such sentiment to Jim Crow laws.

“These attitudes of group hate are wrong,” he said. “I wouldn’t want to lose my job because of my sexual orientation.”

“These ordinances continue the human family’s journey toward dignity,” he ended.

Park City Mayor Dana Williams announced that the Park City Council will have similar ordinances on the April 15 meeting agenda and they are sure to pass.

“To Park City, [these ordinances] are the Tao of duh,” he quipped.

“You can’t judge people because of their sexual orientation or religion or ethnic background. It’s just not right,” he said. “I’m happy to raise my children in this city that celebrates this.”

He addressed threats to the ordinances.

“There are some who talk of unraveling this city’s good work,” he said. “To them, I ask you to stop, reflect and think about what it is you truly want … do you want to live in a place that lacks civility and is polarized or in a place where we can embrace all?”

Tom Wood of the Utah Apartment Association applauded that landlords were included in discussions as the ordinances were being drafted.

“Half of the citizens in Salt Lake are renters,” he said. “I encourage all landlords to abide by these ordinances.”

John Bennett related how he, even though he comes from a long line of politically-powerful Bennett family members, was fired from a state job for being gay.

“This is Good Friday in many ways,” he said.

Equality Utah Executive Director Brandie Balken said that the group is going state-wide with efforts to pass similar ordinances “from Logan to St. George, from Tooele to Price.”

Employers or landlords convicted of violating the ordinances face a fine between $500 and $1,000, depending on the size of their business.

Carved out of the employment law are religious organizations, the Boy Scouts of America, the Federal Government and employers of fewer than 15 people. The housing ordinance exempts residences operated by non-profit, charitable or religious organizations, dormitories or the Federal Government. Persons or organizations not owning at least four properties in the city or do not use a rental or real estate service, and owner-occupied buildings with four or less units are also exempt from the new law.

The Allies Dinner: A History 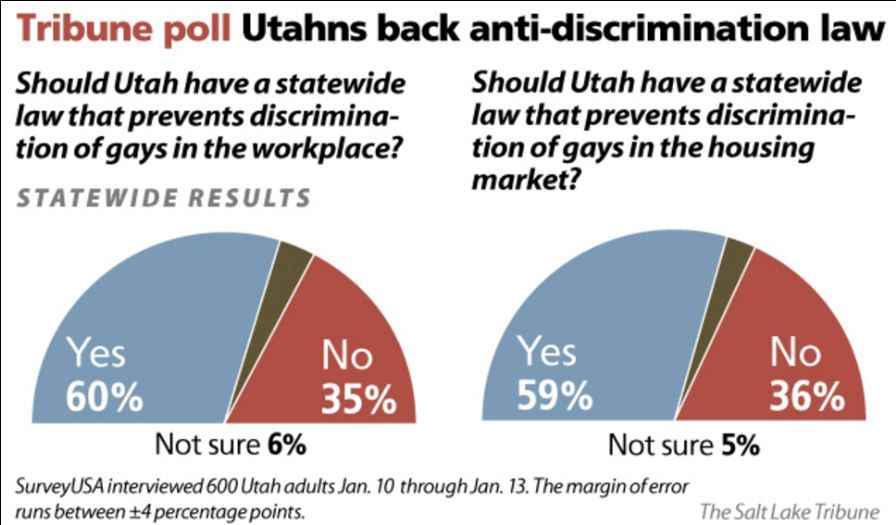 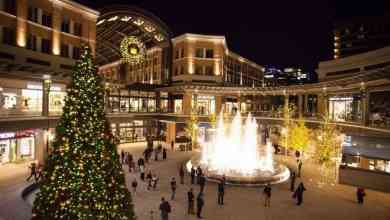