Undeniably, Equality Utah has led the charge to spread these ordinances across the state. But, as Executive Director Brandie Balken noted, the statewide gay and transgender rights group would not have come this far so fast without the help of citizen activists, several of whom have brought Salt Lake City’s ordinances to the attention of their own county and city governments.

James Humphreys is one of those activists. In the past few months he and several other Ogden residents have been in close contact with their city councilmembers to get the process of passing Salt Lake City-style ordinances rolling. He said he hopes that Utahns living in cities and counties that do not extend job and housing protections to gay and transgender students will do the same thing.

“Obviously the process from city to city is different, but getting started is the same no matter where you live,” said Humphreys, who is also the vice president of the gay-friendly Log Cabin Republicans. “You just have to talk to somebody.”

The first step, said Humphreys, is calling the city councilmember who represents you to let them know about your interest in these ordinances.

“That’s the beauty of local government,” he explained. “The city councilmembers, and especially your own representative, live near you. Many people know who they are. My general feeling is that no matter what their background is, they want to hear from the people living near them, and they want to do a good job for their citizens. How else do you explain a city like Taylorsville, which is in a heavily conservative area, and they’re considering thee ordinances?”

But one phone call, email or visit is typically not enough to get a busy politician’s attention. Humphreys has spoken with all seven of Ogden’s councilmembers and says that many other Ogdenites are doing the same.

The next step, he continued, is to give councilmembers a copy of Salt Lake City’s ordinances, so they can understand “exactly what we’re looking for, and why.”

Balken added that having talking points about the ordinances is a good idea when speaking to councilmembers, most of whom have a lot on their agendas to consider.

“This is where Equality Utah likes to work with residents to provide background information so they can talk to their city counsel or mayor,” she continued.

Before Humphreys met with Ogden City councilmembers, he asked for and obtained copies of Salt Lake City and Salt Lake County’s ordinances from Equality Utah. He said he then went through the Microsoft Word file and altered them with Ogden’s city law code in mind.

“I don’t think the average citizen has to do that, though,” he said. “You can just give the city attorney the copy and let them do that.”

Still, Humphreys said he wanted to make it “easier for the administration and the city attorney by having actual language to review and create an opinion on.” To do this, he said he kept in mind a key difference between Salt Lake City and Ogden’s laws. The two Salt Lake ordinances, he said, list a series of penalties for violating them, like fines for landlords and bosses who discriminate. Ogden law, on the other hand, has a set fine for breaking most ordinances.

“Rather than complicate the issue, I just used the penalty that already existed in Ogden’s code,” he explained.

Another thing to keep in mind, Humphreys continued, is differences between businesses and housing units in Utah’s municipalities. For example, Salt Lake City’s ordinances offer exemptions to landlord who own fewer than four units. The reasoning behind this, Humphreys said, is that individuals who are simply renting out a bedroom in their apartment or home aren’t running a business.

However, Ogden City’s rental situation is slightly different, a fact which means that Humphreys has had to be very clear about Salt Lake City’s exemptions. “We have a lot of houses that have secondary duplexes and basement apartments, so it’s important that we’re very specific [about housing exemptions] because that language made some of our councilmembers a little nervous,” he explained.

After getting councilmembers’ support, Humphreys said the next step is to contact the individual responsible for putting together the council’s agenda. He said he made a formal written request to get the ordinances on the agenda and then asked the council’s chairperson and vice chairperson to put it on the schedule.

“We worked out a date that worked well for us all,” he said.

That date will be the city council’s April 20 meeting. Here, Humphreys and other Ogdenites will give a 10 minute formal presentation on the ordinances.

“After that, the City Council will put a motion forward to consider the question,” he said. “All that says is that the topic we sent to them is something they need to open dialogue on.” If the council wishes to go forward at this time, he added, they can ask the city attorney and administrator to write a report about what enacting the ordinances would entail.

“We do have some people we’re working with who are working with city attorney and administration,” he said. “I’m hoping since they have a draft copy of language they will be able to publicly state a preliminary position on the ordinances to the Council at the meeting as well.”

After the attorney gives an opinion, said Humphreys, the Council can then hold a public hearing on the ordinances and vote on whether to accept or reject them.

“No one said they won’t vote for it, and many have said they will vote for it,” he added. “But I think most are reviewing the language I sent to them and waiting for the formal presentation.” Overwhelmingly, he added, the Council seems to be “in favor of talking about the issue.”

“Councilmembers who I didn’t think would be because of their age or religion are open to discussing it because it affects their neighbors and they care about their neighbors,” he said.

Balken stressed, however, that each city and county’s process for getting an ordinance on the table for consideration will be different. For example, not all cities will have a manager or an attorney. In these cases, she added, Equality Utah can help citizens out by bringing in lawyers to answer the Council’s legal questions and to talk about how the ordinances would be implemented.

She urged citizens interested in starting the process to call Equality Utah to set up an appointment to talk about strategy, talking points, and “how to support one another.”

“I’m thrilled to say we’ve had residents from several different cities who have sent us emails saying, ‘I’d love to get this done in my city. Where do we go next?’” she said. 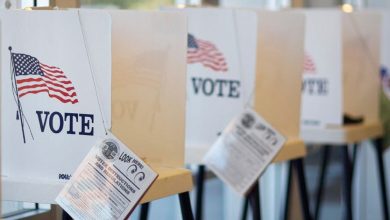