The Salt Lake County Democrats held their county convention at West High School on April 24, during which delegates picked a number of candidates to run in the midterm election this November.

The morning began with meetings of individual caucuses, including the Hispanic Caucus, the Disability Caucus and the Stonewall Caucus — a gay and transgender-friendly group that is also the largest caucus in the state party. Here, president Nikki Boyer and secretary Todd Bennett presided over speeches from hopefuls in a number of races, all looking for the caucus’ endorsement. They included Paul Recanzone of District 51 (in heavily Republican Sandy and Draper), county attorney general candidate Greg Skordas, and incumbent Rep. Rebecca Chavez-Houck of House District 24.

A straight ally, Chavez-Houck has run a bill seeking to allow same-sex couples to adopt children for the last three years. She told delegates that she would continue to support bills pushing for a statewide law forbidding employment and housing discrimination against gay and transgender people.

“There are very few caucuses where I say I feel I’m at home,” said Chavez-Houck, naming the Hispanic Caucus and Stonewall Caucus as two examples. “What can I say? I’m going to continue to fight and support the adoption bill. … We’ve got to get back to where we were pre-2000 [when state law prohibited unmarried couples from adopting] where everyone who wants a family is able to do so.”

Later in the day, delegates from Chavez-Houck’s district gave her the nomination by acclamation when her opponent, Richard Goldberger, did not show up for the meeting.

“I think we are at a point where some of the problems in this country are so severe that we need to work together,” said Hyer. “We can’t be yelling at each other or hate-mongering. We don’t have that kind of time. I think we’re going to leave our future grandchildren and children a terrible mess if we don’t work together.”

Delegates made no endorsement in the District 25 House race, though many favored Joel Briscoe and John Netto, the latter outgoing (and openly lesbian) Rep. Christine Johnson’s endorsement to succeed her. Delegates also endorsed former City Weekly editor Holly Mullen for councilmember at large and, in a surprise move, all three candidates in the Council District 1 race: Arlyn Bradshaw, Mike Fife and Cal Noyce — all of whom are openly gay. Salt Lake City prosecutor Sim Gill was the body’s choice for District Attorney.

The caucus made no vote on whom to endorse for congressional positions. These endorsements will be decided at the State Democratic Convention in May.

After caucus meetings, delegates and other attendees convened in the school’s auditorium. Following addresses by several  Salt Lake County officials, including Salt Lake City Mayor Ralph Becker and Salt Lake County Mayor Peter Corroon, on the status of the government in the last year, delegates moved to endorse all candidates running for uncontested offices. The floor was opened to candidates running in contested elections.

“I’m really excited to be here to nominate Arlyn today,” said Wilson, who was joined by fellow Councilmembers Randy Horiuchi and Joe Hatch. “Arlyn is our go-to guy as the very able assistant to our chair, Joe Hatch. We have somebody ready to go who knows the issues and is ready to step in.”

“I have chosen to run for this seat because I know I will be the most effective [candidate],” said Bradshaw, after being introduced by his partner, Neil Webster. Bradshaw discussed his experience in shaping policy and assisting the council, as well as his goal to support clean water, sustainable energy and ”a vibrant downtown.”

“People are trying to shake the public’s faith in public government,” he said. “I’m tired of Utah politics being defined by the likes of [Utah Eagle Forum President] Gayle Ruzicka and [Sen.] Chris Buttars,”

State Sen. Ben McAdams and Josie Valdez introduced the second candidate, community activist Cal Noyce. The president of the Utah Federation of Labor and an executive board member of the AFL-CIO, Noyce founded the organization Pride at Work.

“This guarantees when union members are having problems because of LGBT issues that they have someone to turn to,” he said. “And when unions are negotiating contracts with owners, that they see that nondiscrimination clauses are included in those contracts.” As a retiree, Noyce assured delegates that he would be able to work full time as their councilman.

The last candidate, Michael Fife, took the stage with his partner, Cannon Jarvis and was introduced by his son and campaign worker, Dave Fife. The commissioner of the Salt Lake City Planning Commission and a member of the Human Rights Campaign, Fife listed the needs of homeless youth, gay and transgender youth and Hispanic youth as among his top priorities, alongside protecting open spaces, developing mass transit options and creating a transparent government.

“I support the issues and I have a sincere belief in the Democratic values of inclusion,” he said. “I didn’t run to set myself up for a future contest or to meet people — though that’s been a wonderful experience. I ran to be your counselor.”

Fife was eliminated in the first vote in which roughly 130 delegates participated. But because neither Noyce nor Bradshaw received the 60 percent majority necessary to secure nomination, a second vote was held. Despite Bradshaw’s plea that a primary election would mean “thousands of Democratic dollars [used for] beating up on a Democrat,” neither candidate won the majority in a second or a third vote. Bradshaw and Noyce will square off in a primary election on June 22.

As party officials tabulated the votes, the candidates for House District 25’s seat took to the auditorium stage to answer questions. The office is being vacated by openly lesbian Rep. Christine Johnson at the end of the year. The four men, Anthony Kaye, Dixon Hindley, Joel Briscoe and John Netto, whom Johnson has endorsed, spoke to delegates on subjects ranging from their political experience to their thoughts on the Fair Boundaries Initiative, a proposed impartial redrawing of Utah’s political jurisdictions  (all support it).

“I would consult with Chris Johnson and Equality Utah and ask them how to proceed with those issues,” said Briscoe, a former teacher. “I think they know a lot more about it than I do. They should be brought up for debate on the [Senate and House] floor. I don’t know why it can’t be, but it hasn’t happened yet.”

Kaye, a lawyer who founded And Justice for All, a group to help low income people secure attorneys, said that securing equal marriage and adoption rights in Utah would likely come only after a “long campaign to change the hearts and minds of the Legislature.”

“I’m committed to having that conversation from day one, but I think it’s up to all of us because I don’t think the Legislature is there yet. One of the things I think can be done now would be a bill to provide financing for teens and young adults who are homeless, 37 percent of who are LGBT.”

Netto, a businessman who has testified in favor of a bill by Johnson that seeks to extend nondiscrimination protections for gay and transgender Utahns statewide, mentioned his support for Equality Utah.

“In the least three years or more I’ve given a great deal of love and treasure to the equal rights community,” he said.

State delegates will pick a nominee for the District 25 race at the state convention, which will be held May 8 at the Salt Palace. 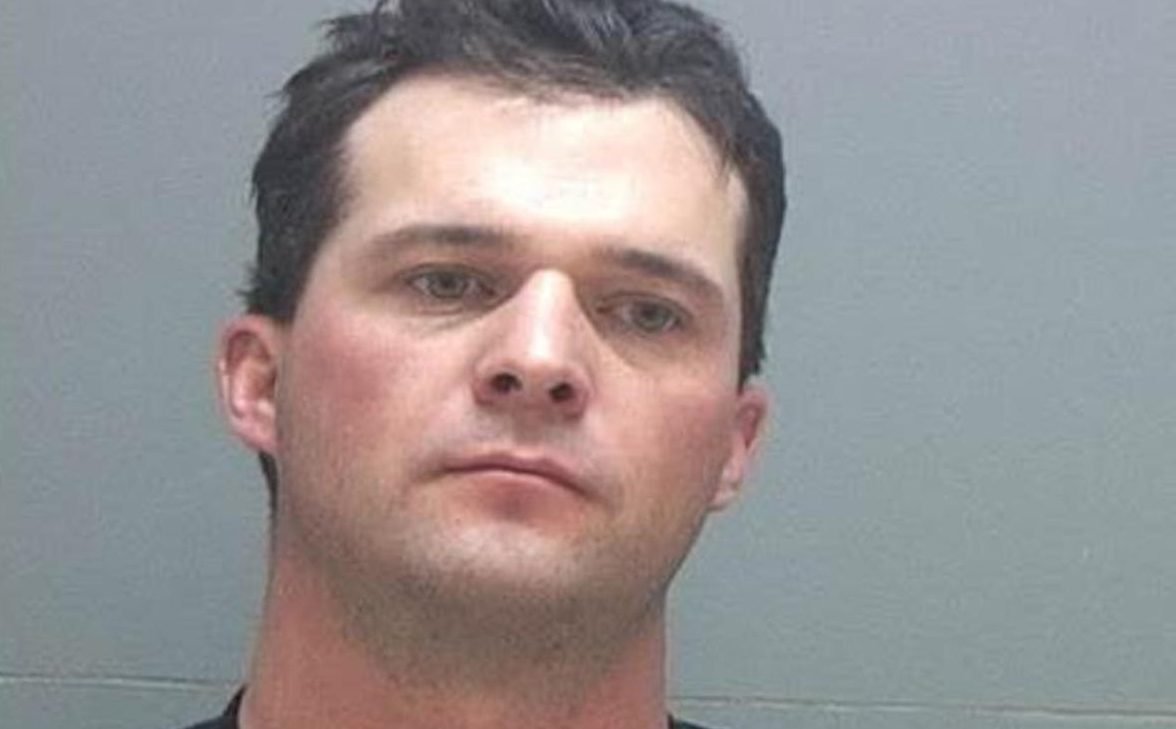 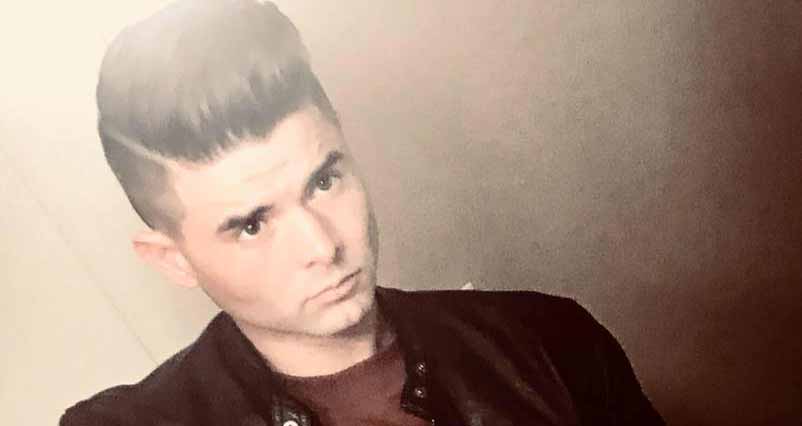