Well comrades, how did you spend your May Day? Were you marching for the rights of the proletariats or dancing around the May Pole? Before your read on I should make a disclaimer that I am not a communist nor have I ever been a member of the Communist Party. However, my great grandparents were socialists — well, actually members of the Farm Grange Movement.

In the mid 19th Century while Karl Marx and Friedrich Engels were putting their communist stamp on socialism, an important labor organizer named Jean Baptista von Schweitzer was charged with attempting to solicit a teenage boy in 1862. Social Democrat leader Ferdinand Lassalle defended Schweitzer on the grounds that while he personally found homosexuality to be dirty, the labor movement needed the leadership of Schweitzer too much to abandon him, and that a person’s sexual tastes had “absolutely nothing to do with a man’s political character.” Schweitzer would go on to become President of the German Labor Union, and the first Social Democrat elected to a parliament in Europe.

Oscar Wilde’s 1891 essay The Soul of Man Under Socialism advocated for an egalitarian society where “Pleasure is Nature’s test, her sign of approval. When man is happy, he is in harmony with himself and his environment.” He later remarked, “I think I am rather more than a Socialist. I am something of an Anarchist, I believe.” He was referring to the late 19th Century anarchist movement which, among other things, opposed regulation of sexuality by governments.

The most famous 19th Century defender of gay rights was anarchist Emma Goldman, an early proponent of women’s rights, social justice and free love. She remarked in her autobiography that “the men and women who used to come to see me after my lectures on homosexuality, and who confided to me their anguish and their isolation, were often of finer grain than those who had cast them out.” Once she was asked how did she “dare come out in public for Oscar Wilde in puritan America?” She replied, “no daring is required to protest against a great injustice.” Goldman was the first and only woman, “indeed the first and only American, to take up the defense of homosexual love before the general public.”

Oscar Wilde’s left libertarian politics were shared by other late 19th Century figures who actively campaigned for homosexual emancipation, including Edward Carpenter and Magnus Hirschfeld. Hirschfeld, also a socialist and supporter of the Women’s Movement, formed the Scientific-Humanitarian Committee that campaigned against the German law known as “Paragraph 175, “which outlawed male-male sex. In 1898, Hirschfeld’s organization went to the Social Democratic Party of Germany to get a bill in the Reichstag repealing Paragraph 175. The bill was opposed by the rest of the parliament and failed to pass.

The socialist movement in America was centered in New York’s Greenwich Village. “Bohemians,” feminists and socialists campaigned against the First World War and for other anarchist and socialist causes. Openly bisexual radical Edna St. Vincent Millay and the lesbian anarchist Margaret Anderson were prominent among them. The Villagers took much of their inspiration from Edward Carpenters’ “New Life Socialism.” Carpenter was involved in the rise of mass industrial trade unions, working class political representation and the struggle for women’s equality. He also pioneered gay rights, utopian communes and the early environmental movement.

In 1920 the American Civil Liberties Union was created by socialists opposed to conscription during WWI and the deportation of socialist aliens. Emma Goldman was among those stripped of their citizenship and deported to Russia.

Roger Baldwin along with Crystal Eastman founded the ALCU, whose stated mission is “to defend and preserve the individual rights and liberties guaranteed to every person in this country by the Constitution and laws of the United States.” Baldwin had been greatly influenced by the radical social movement of Goldman.

Crystal Eastman later joined Alice Paul, Lucy Burns and others in founding the militant Congressional Union, which later became the National Woman’s Party. After women won the vote, Eastman and three others wrote the Equal Rights Amendment introduced in 1923. One of the few socialists to endorse the ERA, Eastman claimed that one could assess the importance of the ERA by the intensity of the opposition to it.

Harry Hay, the father of the modern gay rights movement in the United States, was a card-carrying communist. Originally a trade union activist, in 1934 he organized an important 83-day-long workers’ strike of the port of San Francisco with his lover, actor Will Geer (Grandpa on the TV show The Waltons). Hay was an active member of the Communist Party. Hay and his group, the Mattachine Society, were among the first to argue that gay people were not just individuals but in fact represented a “cultural minority.” Hay’s concept of the “cultural minority” came directly from his Marxist studies, and the rhetoric that he and his colleague Charles Rowland employed often reflected the militant communist tradition.

I know, I know. It is shocking, and many would rather not think about the fact that the modern gay liberation movement in America was started by some California communists, but it was.

During the emergence of the New Left social movements of the 1960s and 1970s, a number of events such as the anti-Vietnam War movement, the Civil Rights struggle and the Stonewall riots of 1969, caused militant gay liberation organizations to sprout. The British and American Gay Liberation Front, the Italian Fuori!, the French Front Homosexuel d’Action, the German Rotzschwule and the Dutch Red Faggots as well as a number of gay collectives and communes were all based on socialist and anarchist principles.

As the gay liberation movement began to gain ground, Socialist organizations’ policies evolved. The Socialist Workers Party originally stated that gay oppression had less “social weight” than black and women’s struggles. Eventually, the Socialist Party USA became the first American political party to nominate an openly gay man for President, running David McReynolds in 1980. In Utah after the murder of activist and socialist Tony Adams in 1978, national representatives of the SWP called for his death to be investigated as an assassination.

Utah has never been fertile soil for socialism even though early Mormon pioneers toyed with a non-Marxist form of communism. In 1913 a young Canadian named Alfred Matthew Cokell came to Utah trying to find work. He was arrested and was charged with “the Infamous Crime Against Nature.” Cokell said the employment office shipped him to Tucker, Utah but “when I got off train, two men came up and asked me where I was going. I told them. They told me that there was trouble there. But if I would pay $1.00 that they would give me a card, and that I could go to work. … I paid them. That card has been hard luck to me ever since.”

“On the 15th [September] I met two men in Salt Lake. They were going to show me the City. We took a few drinks. But after 10 or 11 o’clock a.m. I mind no more till I woke up about 6 p.m. I asked Jailer what time I was brought there. He told me about 4 p.m. What for? Drunk. Is my money in office? You’ll have to wait till morning he said. In morning I was told that I had only $13.90 in office. I told them I should have about $80.00. But they accused me of being an I.W.W. [The Industrial Workers of the World was founded in 1905 at a convention of two hundred socialists and anarchists.] I tried to explain to them how I had just quit work, and the card they had found was the card I had paid $1.00 for in order to go to work.

“At my first preliminary hearing the witness told how while under the influence of liquor I had been enticed to room by Ross one of the men I had met. Also how they heard Ross persuade me to commit the crime. But after preliminary hearing I was led to believe that if I took a plea of Guilty that I would not get more than 10 months. But if I made the state spend money and should be found guilty I might get 5 or 10 years. I took their advice. But was given four years. Ross was ordered out of town. I did not know that I could change plea. Nor did I not know nature of crime until after I was in prison.”

Cockell was sent to the state prison in Sugar House for four years of hard labor for the act of sodomy. The following year in 1914, Utah executed Joe Hill by firing squad there. Hill, who had helped organize the Industrial Workers of the World, and penned radical songs to aid the labor movement, was convicted on a charge of robbery and murder. His death made Utah anathema to the international socialist movement.

“I dreamed I saw Joe Hill last night alive as you or me.” 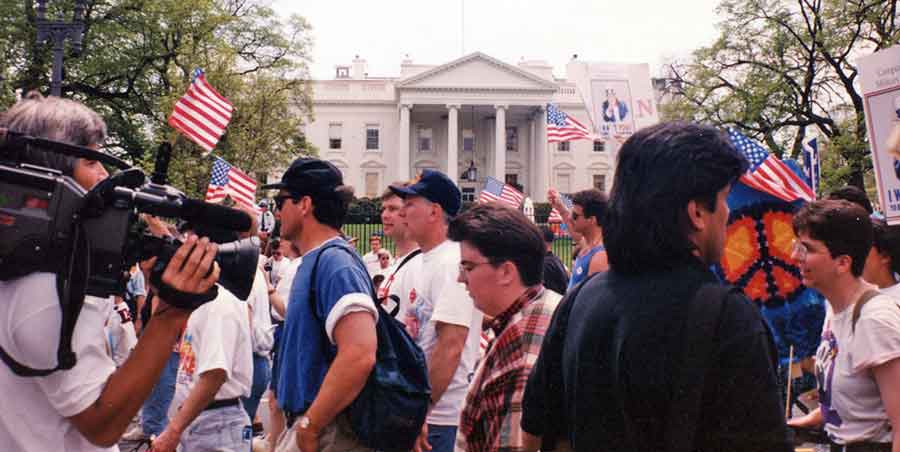 A great year for lesbians