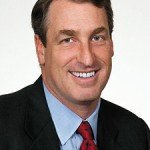 According to many Utahns and residents of House District 25 in particular, this district’s former representative, Christine Johnson, has left a challenging legacy for any successor to carry on. Perhaps this challenge — and the heavily Democratic composition of the Salt Lake City district — was the attraction for the four Democrats who ran for the seat earlier this year. Now, weeks after the State Democratic Convention, only two of those candidates remain. A primary election on June 22 will decide the winner and, if the district votes as it typically has, a new representative.

Attorney Anthony “Tony” Kaye says that he’s up for the job.

“Christine is to be thanked for all her hard work,” he said. “She did a really good job in representing the GLBT community and House District 25 altogether.”

Although Kaye, like all four initial Democratic challengers, identifies as straight, he said that he will no problem picking up where Johnson — who is openly lesbian — left off when it comes to supporting equal rights for Utah’s gay, lesbian, bisexual and transgender population.

“This is basically the civil rights fight of our generation,” he said. “Our Legislature is really going to be a difficult nut to crack, but we have to continue to place GLBT equality issues in front of them.”

“My plan is to try and change their hearts and minds over time so they will do the right thing,” he added, noting that the Legislature did eventually “do the right thing” when it came to passing a hate crimes bill — 10 years after it first appeared before them.

“My kids have the benefit of two legally recognized parents and so should [the children] of LGBT people,” he said.

In 2011, two additional issues related to gay and transgender people may appear before the Legislature: A resolution by Rep. Jen Seelig, D-Salt Lake City, in support of President Barack Obama’s extension of hospital visitation rights to patients’ same-sex partners, and a proposal to fund a shelter for homeless youth. Kaye has also promised his support for these, and thinks that the second will be particularly palatable to the Republican-dominated government.

Overall, Kaye says that his campaign emphasizes three things: the economy and education and ethics reform. Regarding the first, he says that Utah’s economy will be stronger if the Legislature can provide small business incentives.

“We’ve been good about incentivizing large businesses and bringing to the state that don’t necessarily have the high-paying jobs we want, but we haven’t focused on growing the businesses we have locally,” he said. “There are a lot of cost-effective ways you can do that.”

“It really in some ways sounds kind of silly but it’s not,” he said. “The fact we don’t have any more [liquor] licenses for restaurants is a really big problem because restaurants are the quintessential business. They don’t succeed financially without being able to sell alcohol. Our liquor laws make us look like a backwater and that drives away tourism and people who want to bring business here” including much-needed managerial positions.

And when people don’t want to move their businesses to Utah, Kaye continued, that is money lost for the state’s school system, which has the lowest spending per student in the nation. In order to change that, Kaye said that the Legislature must stop “ransacking” the education fund for other purposes, such as “questionable tax breaks and frivolous lawsuits.”

He also said that the Legislature needs to put an end to a number of ethics abuses, including what many have called the gerrymandering of its congressional districts.

“This is a census year so the Legislature is going to redraw our [political] maps,” said Kaye. “That’s going to need some very strong voices up on the Hill who can argue the law of districting or mapping and present a pretty credible argument that if the Legislature doesn’t give Salt Lake County its own congressional district that they will face a lawsuit on the issue.”

The bulk of Salt Lake County is currently included in the puzzle-piece shaped Congressional District 2, which includes the bulk of Eastern Utah including San Juan County.

“The Supreme Court has said in the last few years that partisan gerrymandering is unconstitutional,” Kaye continued. “They haven’t established a test for it but Utah is one of the places that could be a perfect test case. It’s potentially abusive. It’s quelching people’s First Amendment right to vote.”

As a lawyer, Kaye said that his expertise would be especially valuable in the Utah House of Representatives, where only one other Democratic member has a legal background. His experience would be useful, said Kaye, in helping to draft and amend laws that would be “eminently usable by the public” and in helping to quash laws that are unconstitutional.

“We’re facing unprecedented challenges right now to whether the federal government has the authority that effect interstate commerce,” he said, referring to a plan by Utah Republicans to make Utah “opt out” of national healthcare reform. “It would be really helpful for our Legislature to have people in office who can understand really complicated legal issues and put an end to the thoughtless approach that Republicans have been taking toward a lot of issues that have been established for a long time.”

Utah Pride performer has top dance hit in the country