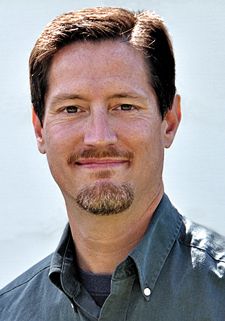 The other day I answered my phone and heard, “Hi, this is Jim Matheson.” It wasn’t one of those robocalls; it was actually the Congressman himself. I’d like to tell you he was calling me because I’m such a mover and shaker, but the real reason is I was a delegate to the State Democratic Convention.

I assumed he was personally responding to concerns about his constituent relations that I had raised with his campaign staff in several emails and phone messages. But he was simply working his way down the list of delegates.

So I gave him an earful about how I contacted his constituent office last year, and was pretty much ignored — and, in particular how no one responded to my concerns about his long-time support for the Defense of Marriage Act.

I finally asked Jim Matheson why he thought his family was more important than mine.

Of course, he argued that he believed no such thing and told me of his votes for ENDA and the hate crimes bill, how he favors repealing don’t ask, don’t tell, and that he’s a big believer in domestic partnership legislation.

Domestic partnership legislation? Why, I asked, should Kelly and I be second class citizens?

The funny thing is that marriage equality was never a big deal for me until I became a father. Sure, I wanted it. But it wasn’t a topic that could so easily send me over the deep end as it had during my conversation with Mr. Matheson.

When San Francisco Mayor Gavin Newsome announced that same-sex couples could marry in the city back in 2004, Kelly and I saw little reason to do it. Then one night we were watching the news and among those who were married that day was a lovely lesbian couple. As they descended the grand staircase of city hall, we noticed one of the women carrying a baby.

A few days later we had an appointment with the clerk to get married. My “work wife” and dear friend, Teresa, served as our witness. She cried as she videotaped the ceremony.

As we descended the grand staircase, it was our turn to be on TV: The camera focused in on the male couple with the cute baby.

It ended up that we were literally among the last few couples to get married in San Francisco. Less than an hour after our ceremony, the California Supreme Court stopped any further same-sex marriages. A few weeks later, the justices voided all of the marriages.

We decided that one day when he was older, we’d explain to Gus the significance of our actions that day. How he had been a part of history.

Four years later, when those same justices ruled that banning same-sex marriage violated the California Constitution, we were the fathers of two sons and on the brink of moving back to Utah.

The campaign for Prop 8 was also in full swing. Proponents pleaded with voters to think of their children. The irony of their argument wasn’t lost on us. So we thought about our kids. And we decided to get married again.

We surprised our friends at a going-away dinner held in our honor by bringing a minister with us. As we again exchanged vows while friends cried, our two children ran around us giggling. We married again even though we knew that, regardless of Prop 8’s fate, once we arrived in Utah our marriage would be null and void.

After our 2004 wedding, my parents gave us a silver platter engraved with our names and the date of our marriage. Before leaving LA we added two more dates: Our 2008 wedding, and the day we jumped a broom together back in 1988. We joke about how many more dates we’ll have to add before a marriage finally sticks.

At the Democratic convention a couple of weeks ago, Rep. Matheson spoke to the Utah Stonewall Democrats — the gay caucus. He told us about a woman he had met whose partner is in the military and due to don’t ask, don’t tell they are afraid even to be seen in public together. He said it was important for him to put a face to the issue.

As he left, I took him aside. I mentioned our earlier phone conversation. I told him I was glad to hear he finds putting faces to issues important, because I wanted him to look at mine. I reminded him that after 22 years together and raising two children, the only difference between his marriage to his wife and mine to Kelly was that mine ceased to exist the moment I left California.

He didn’t say anything. I can only hope for my boys’ sake that he remembers my face.

And the Winner Is … All of Us 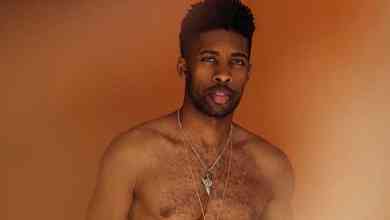