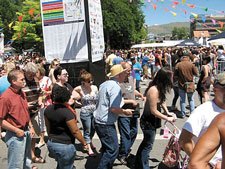 Although it will be some time before the Utah Pride Center knows how much money it took in during this year’s Utah Pride Festival, the tickets have been tallied.

The results: This year’s festival drew in 25,000 visitors, slightly more than it did last year. Of those tickets, said Center executive director Valerie Larabee, 21,000 were paid and 4,000 were given away to vendors and their staff, or as prizes.

Further, Sunday’s Utah Pride Parade attracted close to 90 entries, tying it with last year’s for the biggest parade in the festival’s history.

In addition to the increase in ticket sales, Larabee said that this year’s festival has received a lot of positive feedback.

“I have had nothing but rave reviews of the event, and really it’s been across the board,” she said. “People were very impressed with the entertainment. They really liked Sandra Bernhard and Martha Wash—they loved Martha Wash. They loved the [festival] grounds and how it was laid out, and how well-oiled the team was that checked people in and out.”

As for the parade itself, Larabee said that she was proud of its diversity.

“We had the mariachi band, just this really wide range of folks who participated,” she said. “It really represented to me the work of the Pride Center, which is every part of the community being represented in the work of pride.”

She was also pleased, she continued, with the volunteers’ hard work, particularly when it came to tearing the festival down on Sunday. In her first years working the festival, Larabee said that cleaning up typically took until 3:00 a.m. This year, she said that it took only tree and a half hours.

“Monday is our day to take everything that belongs to the Center to our storage facility. It used to be that Monday was an all day job to load into the facility. But we had enough people and are getting so good at it that we were done in under three hours this year,” she continued.

“When you have a group of people that have been working together for a number of years it really beigns to show. I’m proud that people really get behind Pride and show a lot of pride in the work the put towards it.”

On a more playful note, she added that attendees were asking “if they think our parade will be the biggest in Utah.”

“And I say of course it will be someday!” she said.

Although the 2010 Utah Pride Festival closed its doors just a few weeks ago, Larabee noted that the Center is already planning for 2011.

“We want to continue to work on the programming on the stages and make sure from the minute the festival grounds open that people have something to be attracted to on the stages,” she said. “I think we still have some work to do there.”

The Center also encourages attendees of this year’s festival to fill out a survey detailing their experiences. The survey can be found at utahpridecenter.org. 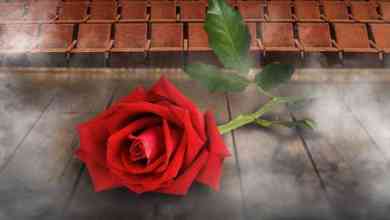 Utah a ‘great place to be a Unitarian Universalist’ 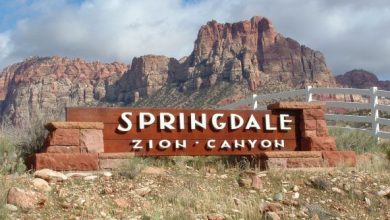