In the past seven Gay Games, one Utah athlete has acquired more medals that any other participant from the state. Cyclist Margaret Douglass, 51, has brought home seven medals from the 1994 Gay Games in New York and the 2002 Games in Sydney.

And now, Douglas is attending Gay Games VIII, which will be held from July 31–Aug.7 in Cologne, Germany where she hopes to add to her collection of five gold and two silver medals, earned in two events.
“In Germany I am only competing in the criterium and the road race, for several reasons,” said Douglass. “One, I’ve done two Gay Games already and I really don’t want to focus on just the bike racing this time. I want to race my best races, be done, go explore Germany, vacation and party,” said Douglass. “Second, I had a bad crash early this season and some other health issues that had kept me from training to my standards. Third, I’ve been racing forever and I am getting tired, I am not as serious this year. And forth, I will be racing on a borrowed bike.”

The criterium is an enclosed bike track where spectators watch the racers. In Cologne, medals will be awarded in five year age ranges. Douglas will compete in the Masters Women 50–54 category. Usually, a criterium is 45 minutes plus five laps around the track’s circumference, which is usually less than a mile.

Douglass’ second race will be the road race, which is ‘a whoever gets to the finish line wins’ event. This usually takes place for miles through a city and countryside. All racers begin together at the starting line.

Since Gay Games VIII will be held in Europe this year, sending a bike there is costly, especially as the global recession continues. This year a U.S. athlete is paying $1,200–$1,400 on average for airfare to get to Cologne, and it costs almost as much to send a bike on the same flight. If an athlete isn’t able to get a direct flight, there are also additional bus, train, and taxi costs for an athlete bringing a bike along.

At the Cologne Gay Games, cyclists have an option to ‘borrow’ a bike or rent one.

“A cycle shop is providing bicycles for rent for ten euros,” said Douglass. “I will not have time to train on the rental. I get to Germany, go pick up the bike, go to the mandatory meeting, go to the hotel, hopefully rest for a minute, go the opening ceremonies, go to bed, and race the next day.”

Douglass, a native Utahn, started cycling when she was 18. Growing up on the east bench of Salt Lake City in an LDS family, girls were not encouraged to become cyclists.

“I was interested in racing and told my parents that, but they didn’t want their daughter racing so I had to wait till I was 18. My mom was working full time, and I started riding without them knowing,” said Douglass. “My father raced also, so after I proved myself to him, he got excited and we started going to the races together.”

Growing up with two brothers and two sisters, her father got the boys in the family attending races and spending time and money on launching their cycling careers.

“But they weren’t interested,” said Douglass. “I took my dad out for a ride up Emigration [Canyon] and he said, ‘Oh my gosh’ after the ride. I told him I wanted to race.”

Near the end of high school, Douglass was secretly training on her bike.

“It took me a lot of years to excel at racing. When I was in college, my studies came first and I wouldn’t do well because studying came first,” said Douglass. “States were always after finals and so I didn’t do that good. It wasn’t until about 1994 I started to excel, and I started racing in 1978. I did do well back then, but not like I can race now.”

Douglass attended Highland High School and graduated from the University of Utah in education, physical education and psychology. “I am an out bisexual. I had my first lesbian experience when I was 28. I was the supposed straight one, very LDS and I was pursuing her.” said Douglass. “Her friends told her not to chase me because of aforementioned.”

In New York at the Gay Games, Douglass won a gold medal in the criterium, gold in the team time trial, and a silver in the road race, while placing sixth in the individual time trial.

“In Sydney I hired a coach… When [the driver] asked me what my goals were, I said ‘four gold medals,’”, said Douglass. “She said ‘realistically.’ I said, ‘Okay, at least two gold medals to do well, because I am not a great time trialist and I didn’t know if I could get a team for the team time trial.”

“I almost just quit but I thought, ‘Go get the silver,” and I did,” added Douglass.

“I am a criterium racer. Three years ago I was ranked 100 out of about 660 women nationally,” said Douglass. “And that is not age graded. That is the top 100 criterium racers in the nation. Pros and all.”

Last year, Douglass was ranked first place in Category 3 in Utah, ranking 68 nationally out of 800 women. Douglass says that life, illness and injuries prevent her from racing some years.

“I am looking forward to meeting new friends, enjoying Cologne and Germany, having fun with current friends, racing, and the opening ceremonies,” said Douglass about attending this year’s Gay Games. And she’ll continuing racing locally and nationally when she gets back to Utah. 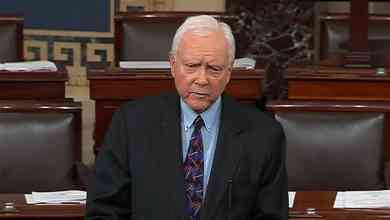