Set in the backwoods of 1970’s St. Francisville, Louisiana, a population of approximately 1,500, the 2008 film by writer/director James Bolton, Dream Boy, is a mysterious and psychological drama. Based on the novel by Jim Grimsley and starring two young, hopeful actors Stephen Bender as Nathan and Max Roeg as Roy, the film captures the innocence of first love shadowed in a cold and prickly script.

Nathan is a lanky, plain and a lonely teenager whose family moves from town to town, running from their own dysfunction. He meets his new next-door neighbor Roy, a slightly older and hunky student, using that nervous flirtation of young sexual desire. They develop a believable emotional bond that quickly turns physical; however, their respective hang-ups, family dynamics and God-fearing town turns their budding relationship into a struggle.

The complexity of the characters is what drives the story. Nathan is smart, but obviously introverted, caused by some outside source. Roy is more dynamic, has friends and tries to lead a “normal” life, but something inside him ignites a level of psychosis: “I ain’t tryin’ to hurt nobody,” he reveals to Nathan. Then immediately strikes out with balled fists, “Who taught you to screw like that?” Then there’s Nathan’s mother Vivian, nicely depicted by Diana Scarwid, a mother in denial and whose years of secrets have worn her down, and his presumably distant father has somehow unraveled Nathan’s self-assurance.
When the boys go on an overnight camping trip with Roy’s buddies Burke (Randy Wayne) and Randy (Owen Beckman), a turn for the worst comes when suspicions and jealousies surface. A mind-reeling scene in an abandoned, dilapidated, plantation house leads to an unexpected conclusion that will leave you scratching your head.

Cinematographer Sarah Levy compiles an attractive vision of rural Louisiana, similar to that in Brokeback Mountain. But Richard Buckner’s instrumental scores are a bit more jarring than that of the sleepy pieces in Brokeback, which makes it more difficult to really feel the tones of the film.

The themes in Dream Boy are, unfortunately, loosely woven, and the one that stands out the most, which I don’t think is intended, is the consequence of betrayal; the ethereal theme of the film, which could have made it ground breaking, is unfortunately lost, leaving the film only mediocre.
Release Date: Aug. 25, $24.99,
regentreleasing.com

Hannah Free
“I want someone to know I was here. I want someone to know you were here too. The real you, not the you smiling at church bake sales. I want people to know about us … who’s not afraid of what ‘us’ means.” This is Hannah’s final wish in Hannah Free, an eloquent adaptation of Claudia Allen’s play that spans several decades. The film stars the brilliant, Emmy award-winning, Sharon Gless (Queer As Folk, Cagney & Lacey) as the free-spirited Hannah.

Hannah, now in her ‘golden years,’ revisits here lifelong affair with Rachel (Maureen Gallagher), a traditional small-town, pie-baking, homemaker. As depicted through past and present scenes, their relationship has endured not only the test of time — The Great Depression, World War II and women’s suffrage, but also has endured Hannah’s gypsy lifestyle, taking off for month’s at a time — experiencing the world … as well as other women.

Restricted to a nursing home hospital bed after a fall from a roof, Hannah spends her days bantering with a younger “spirit” of Rachel — whose body lies in a coma down the hall — and fighting off nosy candy stripers and patronizing nurses. “My body’s going to forget how to shit on its own if you keep shoving that up me every day,” Hannah scolds a nurse before receiving an enema. Then a young college student named Greta (Jacqui Jackson) shows up to interview Hannah for a school paper, they become quick friends and a kind of partners-in-crime.

Director Wendy Jo Carlton maintains the “stage” ambience in the film, which keeps the story emotionally in tact. Sharon Gless, one of the best television actresses of all time, keeps the audience — even while being filmed in a hospital bed for more than half the movie — utterly captivated. This role of an obstinate, smart-ass lesbian was made for her.

Hannah Free is, I have to admit, one of those kind of movies that increases your heart rate from an overflow of emotion; and it could possibly be cherished as a stepping stone for all generations of women who love women. “You would always look at her like she could cure cancer.”

It’s a beautiful testament to the powers of forgiveness, acceptance, and especially to the power of true love that will always lead you to where you belong. 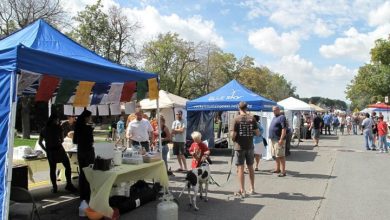