My name is Chester Knight. I originally wrote this story earlier this year while incarcerated in the Salt Lake County Jail on a six-month sentence for attempted drug possession. I was approved for early release to a drug treatment program. Traditional rehab programs and 12-step recovery hadn’t worked for me and, while in jail, I discovered a somewhat controversial point of view on addiction and recovery. Despite a minor setback when temporarily homeless after being released from jail, I’ve since received loving support from the good people at the Veteran’s Administration and my forgiving father and friends. For their timely and critical support I thank them. For the wisdom to make the choice and the courage to truly love myself I thank, well, me. To demonstrate my commitment to recovery, I share my story candidly and hope it will help even one other queer pioneer like myself get “real” about the effects of sexing and illicit drugs.

I had believed that I could flood my veins and brain with 50 cc’s of a honey-thick mixture of crystal meth and recover in time for the day after Christmas. So, on Christmas Eve, I headed to my dealer’s house, alone. My odds of keeping to my plans of spending Dec. 26 with my two teenage sons would be better if I didn’t turn Christmas Eve into a “party.” Usually the sexual rampage which followed “slamming” crystal carried on for hours, if not days, if I had guests involved. So, I’d spend my first Christmas without family pleasantly checked out socially, but well-connected sexually, albeit with my PC and over 100 gigabytes of bootlegged porn. I wasn’t expecting Santa Claus.

Pants, underwear, a couple of large cans of Crisco and the odd needle or glass pipe littered the room. A dangerously-full basket of condoms sat on a lone side table. Sadly, the best use I had ever put those condoms to came from tying them into a constriction ring with my “morally straight” Eagle Scout square knot.

I had resorted to tying rubbers into cock rings after a series of expensive ones had vanished from my bedroom during three years of hanging with tweakers. (Not to mention my digital camera, jewelry and, once, my entire wallet.)

Though a Boy Scout, return missionary, Brigham Young University graduate and ex-Mormon divorced dad, I had become an over-sexed, unprotected, unemployed, deadbeat meth-head.
Back in the garage, I knew most of the faces. They asked if I would stay and how much “stuff” I needed. Naked, or clad in jock straps or leather, most of them were already high or had been or soon would be. The rope lights dimly lighting the “Queer Eye for the Meth Guy” space put a twinkling touch on the festive evening. Still, no Santa Claus.

I considered staying, and likely would have were it not for an attractively distant, yet masculine, sweet, 18-year-old guy who asked if he could return home with me. We’d hung out once before and “partied and played.”

My initial, and last, experience with the 18-year-old was stifled by his then-boyfriend. I’d thought of him several times since and hoped I’d have an opportunity to “hook-up” with him without the boyfriend. And there he was! Maybe there is a Santa Claus.

After telling him he’d have to be gone by the morning of the 26th, I blew part of my sons’ Christmas money on a bag of dope big enough for the two of us and we headed to my place.
Did I mention I spent two hours earlier that evening in a pawn shop during Christmas Eve rush to hawk my $1,800 multi-media PC for $400? I then went home and prepared my needles so I could settle in for a long winter’s night sex party.

The rest of the details that led to my arrest on the following “jolly” day are sordid and probably best left for another time. Suffice it to say it wasn’t as easy to outwit the team of sheriffs as it was to outwit myself and my ‘smart’ original plan of making my night a less eventful pity party. So without permission to enter my basement apartment and without warrant, they cuffed me in my own living room and hauled me to jail on my un-merriest Christmas ever — my first without my family gathered around.

My Own Personal Rehab

Jail ironically became my own, personal rehab. The first few weeks without access to drugs were like a makeshift detox. I decided to focus on getting past the daydreams and nightmares of wanting to shoot up and sex it up. Day and night I fought the conscious and subconscious patterns of addictive thought within the walls of my cell. I was determined to find freedom in jail and blessings in its hell.

Each day I reinforced constructive habits and structure in my life. My mini-day planner (an idea from my Mormon mission days) for each day had a busy list of reading, writing, working out, etc.

Prior to jail Native American sweat lodge ceremony was one practice that had helped me, so I walked circles in the rec yard — one for each of the seven Native American directions — before prayer and meditation. I learned origami and taught English to undocumented immigrants and worked to redevelop meaningful relationships with my children and an ex-boyfriend through letters and insanely expensive phone calls.

I read and studied brilliant books on recovery by Stanton Peele. I’ve schooled myself in ethics, evolution, the Tao, yoga, Nietzsche and geology. And I became a vampiry goth fan of Kat Richardson and Stephanie Meyer — rediscovering that the joy and gift of reading, and now writing, are wonderful therapies. (In retrospect, putting this story on paper and it’s acceptance by QSaltLake proved un-measurably healing.)

Perhaps the most fantastic accomplishment of all is that I’m doing this all for myself — for me. Plagued by the incessant need to please and garner my worth from others, I’ve started to break free from my emotional unintelligence. I’m reconstructing my life while I have the time and focus to acutely examine it, and my habits and patterns. I’m mindfully striking anything that “just isn’t me,” finding more freedom while locked up (and since) than you can imagine.

I take my inspiration from my optimistic mom on “the other side of the veil” and Peele, who says “addiction can be beaten. People do it all the time. There is no reason to take the government’s or Alcoholics Anonymous’ word that people are lifetime slaves to addiction. It simply isn’t true.” 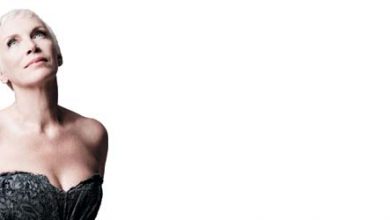