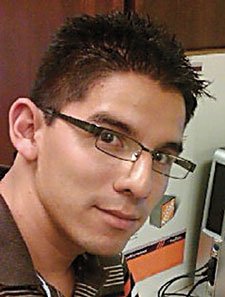 Even though I’ve been in Washington for almost a year, I’ve kept up with the community in Salt Lake. The last few weeks have been very sad. With the news of losing three people to acts of suicide because of ignorance and intolerance, [“By Our Own Hands,” QSaltLake, Michael Aaron, July 22, 2010] I look back at my journey over the last three years in Salt Lake.

I have many issues with the gay community of Salt Lake. First and foremost, I checked into the psych ward at the LDS Hospital back in May 2006 because I was having serious issues with my antidepressants and the fact that I am HIV-positive. I struggled because I was always known as “Adam Alder, your cousin told me about you” or “Ah, yea, you’re the one with HIV, your cousin told me about you.”

My cousin paved the way for me in the community. I hated being known by those stereotypes. When I confronted him about it, he simply said, “people should know, I’m just protecting those I care about.” It was especially hard when trying to make friends and meet new people.

I was soon outted at work about my status because a co-worker, who was friends with my cousin, decided to gossip to my staff. Not long after, I left.

I feel like the Salt Lake’s gay community has some serious issues when it comes to singling people out and using their HIV status as a way to “protect others.” I started hanging out with a guy named Brady a few years back. Everything was cool, we were never intimate or did anything like kissing. We hugged a few times. One night when he asked me to come watch a movie with him, his roommate (who was also his ex) showed up and this other guy who knew me because of my cousin. So, five minutes later, the roommate asked Brady to come upstairs to talk to him. Then Brady and I left. The roommate then called Brady and asked him to come home, then asked to talk to me and said, “I don’t know who you are, or what you are, but you need to bring Brady back home.”

It was at that point my emotions sank. This guy didn’t even know me and because a person told him about my status, he singled me out and threw me under the bus due to his own issues with people living with HIV. So the following Sunday I sought retreat at the MCC in Salt Lake. There I saw this “roommate” as the audio director. That same day, he gave a talk on “being open minded and accepting others.” What a huge slap in the face.

Soon after he came to realize that I was harmless, but not before making me feel like I was a piece of shit. I struggled with my status, I also struggled because the community in Salt Lake is so intertwined. Last year, I chose to leave Salt Lake. I was tired of being known as somebody who was created by a community and not for who I really am.

Suicide was on my mind for years. I thought it’d be easier to leave this world and not have to worry about being accepted.

Last year I was hospitalized because I wasn’t on medications. I spent four days at the University Hospital battling pneumonia. I couldn’t get medications because the Utah AIDS Foundation constantly lost the paperwork needed for the Health Department and the Ryan White Program. I spent countless hours searching for taxes, bank statements and pay stubs. The UAF lost most of my paperwork, leaving me to have to take time off work to try to get help with meds. That all failed when I was admitted to the hospital.

Four days, and many antibiotics and shots later, I was starting to make a recovery. Upon checking out of the hospital, I was told to call and make an appointment with the doctor to get me started on HIV meds. The next day I called and was told there were no openings for six months. So, I told myself that I’d try to stay healthy until I could leave in August.

I’ve been here in Washington for nearly a year. When I first got up here, I met with a case worker. They had me fill out an application for meds. I also met with my doctor. Three days later I started my new regimen; they also back-dated my medical billing to the first of August. They didn’t even hesitate.

Since then, I’ve started volunteering at the Lifelong AIDS Foundation. It’s helped me tremendously to help other people who are going through the same thing I’ve been through. I’ve also met new, less judgemental friends.

I’m glad I moved. I think if I had stayed, I probably would have died. I just wanted to get my story out there because I know there are other people in Salt Lake struggling for acceptance. I hope one day they can find peace. I know I did.

5 reasons not to treat your gym like a bathhouse

How to Kill a Transperson