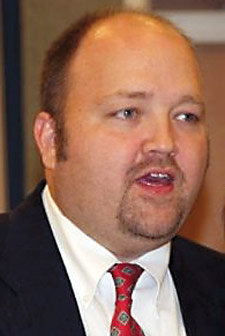 On July 8, 2010, ruling on two separate cases, U.S. District Judge Joseph Tauro ruled that Section 3 of the Defense of Marriage Act is unconstitutional because it violates the right of the state of Massachusetts to define marriage. What is most interesting about this decision is, of course, the backlash from the religious right.

Please someone, anyone, explain this statement by Archbishop Joseph E. Kurtz of Louisville, Ky. to me:

“Marriage exists prior to the state and is not open to redefinition by the state. The role of the state, instead, is to respect and reinforce marriage.”

So, marriage exists prior to the state, and is not open to redefinition by the state. If we take that at face value, then there should be no government definition of marriage, nor should there be any government support of it. This would, of course, include all the legal rights associated with marriage, such as inheritance, adoption, tax policy, etc. — right? If the state has no right to define (or redefine) marriage, then it’s a matter that should between two people and perhaps any religious authorities to which they choose to affiliate themselves.

Now, for the second part. “The role of the state, instead, is to respect and reinforce marriage.” How does this make any sense at all? Is the archbishop actually saying that it is the role of government to support an institution that exists prior to the state, and one over which the state exercises no authority whatsoever? Really folks, you can’t have it both ways. America is a nation founded upon the principles that all of us are created equally, and are entitled to equal protection under the law. That means that no law of the this nation can discriminate against any segment of society, but that all apply equally to all citizens. Defining (and “reinforcing”) marriage as strictly between a man and a woman violates that premise.

Kurtz made the same tired arguments that are made daily in support of bigoted definitions of marriage — arguments that have nothing real behind them.

“The fabric of U.S. society depends on the definition of marriage as remaining unchanged. Nothing compares to the exclusive and permanent union of husband and wife.”

I’ve asked this question a few thousand times, and still have yet to receive an answer: How? How does defining marriage as between a man and a woman impact the fabric of U.S. society? Gays are not going to run out and marry someone of the opposite sex just because marriage is defined as one man and one woman. People are who they are; it is our role as citizens, and the state’s role, to respect the rights of all people to be who they are.
The second part of his statement is even better, “the exclusive and permanent union” of husband and wife. Yes, we all know that officially the Catholic Church is opposed to divorce, but that doesn’t stop it from happening. Heterosexual couples divorce all the time, the definition of marriage notwithstanding. In addition to the divorce issue, there is also the issue of exclusivity. All one needs do is watch the news to see how well that is working out. How many of America’s marriage defenders have had their political careers destroyed by extramarital affairs?

Kurtz concluded with: “The state has a duty to employ the civil law to reinforce — and, indeed, to privilege uniquely — this vital institution of society. The reasons to support marriage by law are countless, not least to protect the unique place of husbands and wives, the indispensible role of fathers and mothers and the rights of children, who are often the most vulnerable among us.”

Why does the state have a duty to “privilege uniquely” a man and a woman who choose to marry? Why should those people have privileges denied to other couples that wish to marry, or to those who don’t? What are the “countless” reasons to support traditional marriage and to deny those rights to others in our society? 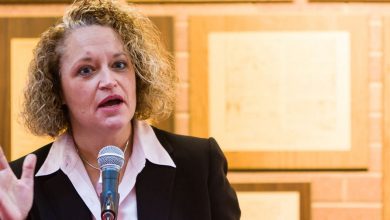