“It’s just heroically hard to do everything the average Mormon believes he or she is supposed to do in the course of a day. If you throw being gay right on top of that it really amplifies the challenges probably by orders of magnitude. As someone else said better than I could: ‘gays interrupt the Mormon plan for heaven.’”

“He’s been dead a year and still doesn’t have a headstone. At his funeral his parents said ‘We just feel he’s better off.’ How can any parent say that? I just don’t know.”

–         Allison Black, founder of Ogden’s PFLAG chapter, telling the Ogden Standard-Examiner about a young gay man she knew who killed himself when his LDS family rejected him.

“The gay community has lost three friends in three weeks and I know of at least three others from this year. It saddened me as I stopped to talk to younger kids [who attended the vigil for Todd Ransom] ranging in ages from 19 to 27, if they knew of the resources available to them when they felt they had reached the end of their rope. On a whole, the answer was no.”

–         Local drag performer Princess Kennedy, in her In Utah This Week column.

“As both a survivor of depression and a gay LDS man, I am here to tell all of you that “Gay” is not at the root of these deaths; Depression is. I had to constantly fight intrusive thoughts of suicide during the eight months I spent in a severe depression. Depression is a deadly disease and I admire those who survive it as well as those who make their best effort before putting an end to their life.”

“Todd attempted suicide previously and we know from that experience that his manic depression was a constant thorn in his side and that there were other factors that influenced his suicide. Todd didn’t always agree with us or want to share his life with us, but he was loved by us. That is the undeniable truth.” 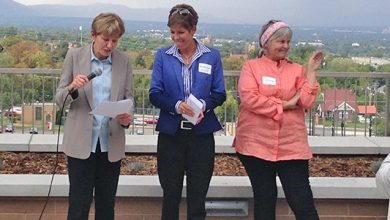