Most pet owners are familiar with the anxiety that comes with boarding a pet at a kennel or a veterinarian’s office before taking off on a trip. But thanks to two Utahns, your pets can stay comfortably at home while you travel.

Angie Kieffer and Curtis James are  co-owners of Angie’s Pet World, a professional pet service provider that is specialized in in-home pet care. Since 2005, the duo have cared for dogs and cats throughout the Salt Lake Valley, as well as exotic, hobby farm and “wild-domesticated pets,” according to Kieffer.

“There are so many hazards when boarding [for example] a dog,” she said. “Not just separation anxiety, but the risk of them not getting personalized care. This is an alternative for people who don’t want to take chances, and want their pet to be in a safe home environment rather than an institutional setting.”

Originally, the business began when its founder was an unemployed single mother and student who wanted to put her knowledge of anatomy and physiology to use while supporting her family and her educational ambitions.

“I was going to school to have a real job through medical assisting, and I needed some other income, so I thought I’d make an in-home business,” she said. “I learned to love it so much that after I graduated, I just continued to do it. I never did what I went to school for.” Working at home, she added, gives her time to be with her children while teaching them the workings of a small business and respect for animals.

“I don’t think I appreciated it before I had a need for it,” added James, Kieffer’s friend who initially hired her to tend his cats while he was out of town. Intrigued by the business, he said that he soon asked Kieffer if he could assist her. Today, he serves as the ad manager and co-owner of Angie’s Pet World and the co-host of “4Legged Forum,” the business’ new internet radio show about all things related to Utah’s animals.

“We struggle for the microphone,” joked James, who has a background in broadcasting. “It’s an ongoing battle to see who’s the voice of the program.”

But the program itself has found its voice, despite having just launched in July.  Every Friday from 1:30 – 2:30 p.m. James and Kieffer interview a variety of animal service providers, including people involved in local reptile rescue organizations, pet trainers, and even pet massage practitioners and pet psychics like Mary Norton and Roxanne Hunt, who are profiled elsewhere in this issue. In fact, Norton and Hunt will both appear on the program, Aug. 27.

“We cover a wide divergence of issues out there. It’s not just dogs and cats,” said Kieffer. “We [and the people who appear on the show] all want to give to pets and their people, to serve them in a way that isn’t the norm. Pets deserve the quality of life we have.”

Eventually, Kieffer hopes to take the “universal voice for animal awareness” to the radio waves.

“I really am projecting to get it out on the air here in Salt Lake and have something tangible for our community because there’s no one doing it,” she said. “We want to educate the community about animal shelters and rescues out there that are trying to reduce euthanasia and save more lives. It’s not just dogs and cats, it’s all animals who deserve to live out their lives.”

“I’ve tried so many different things to touch our community and give back; as a mother of four and a wife, I’m grateful to be able to assist the community in giving back to awareness for pets,” she added. 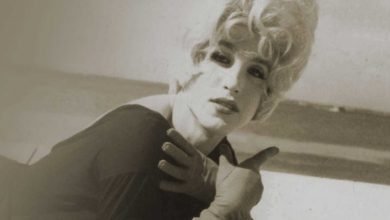 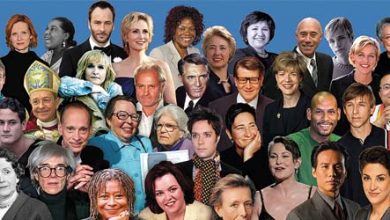