The first reception was in 2007 during the governorship of Republican Jon Huntsman, who made several strides in reaching out to Utah’s gay and transgender community during his time in office, going so far as to publicly support civil unions. The reception, said LCR President Mel Nimer, was part of Huntsman’s effort to promote the group within his party and to “build some bridges” between Republicans and gays.

After President Obama appointed Huntsman as U.S. Ambassador to China in 2009, Gov. Gary Herbert kept up the tradition. In fact, Nimer said that Herbert called him shortly after taking office to let them know they’d be invited to the governor’s annual reception.

“He wanted to carry on Huntsman’s tradition as part of his open door policy,” he said. “Being a Republican organization representing the [gay, lesbian, bisexual and transgender] community we do have the ear of the Governor and Lt. Governor.” And even though both officials aren’t always supportive of pro-gay and transgender legislation, Nimer added that LCR’s leadership know they can talk to them and that ‘they see we’re just regular people.’

But Log Cabin Republicans aren’t the only community members who are invited to the reception. All leadership organizations in the community have been invited, said Nimer, including the Utah Pride Center, Equality Utah and the Utah Steering Committee of the Human Rights Campaign.

“This is not just a Republican-only event,’ he said. “It’s Log Cabin sponsoring a LGBT connection to the governor.”

Other officials, such as the group’s endorsed candidates and “all of Utah’s Senators and Representatives” have also been invited, he added.

The evening is also open invite to any in the community who wish to attend, noted activist Eric Ethington on his blog, PrideinUtah.

“While I am by no means or in any way, shape or form a conservative or a republican, there’s no chance I’m missing this,” wrote Ethington. “Any opportunity we queers have of meeting with Utah’s ultra-right wing Governor has got to have some positive possibilities.”

Some topics of discussion at the reception, said Nimer, are those that have recently received widespread attention among Utah’s gay, lesbian, bisexual and transgender population, and which QSaltLake has recently covered.

“We’re hoping to work with the governor on dealing with the suicides and drug use and those kinds of issues both within our LGBT community and within the Utah community in general,” he said, refering to the suicides of three young, gay Utah men in July and the widespread use of methamphetamines, particularly among men who have sex with men in the state.

Gov. Herbert and Lt. Gov. Greg Bell will speak at the event. Clarke Cooper, the newly-appointed executive director of the national Log Cabin Republicans, will also be in attendance. 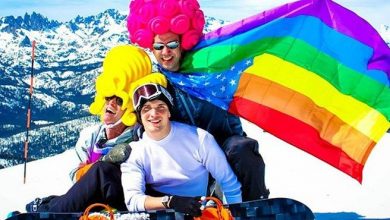